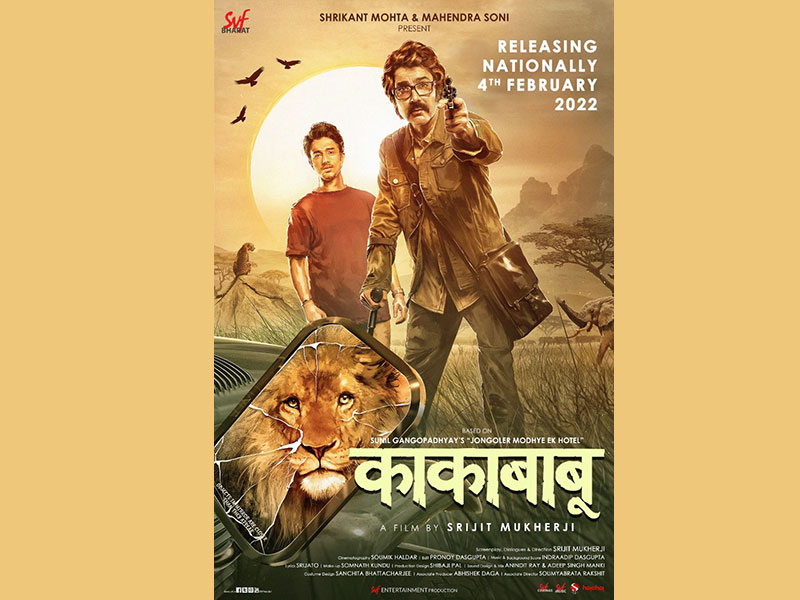 Kakababur Protyaborton set to release nationally in Hindi on Feb 4

Kolkata/IBNS: Tollywood superstar Prosenjit Chatterjee and actor Aryann Bhowmick starrer 'Kakababur Protyaborton, the third installment of the Kakababu franchise, is all set to release nationally in Hindi language on Feb 4.

The Hindi trailer and poster of ‘Kakababur Protyaborton’ was released on Saturday.

This time the thrilling adventures of Kakababu and Santu takes place in the exotic jungles of Africa.

Besides Chatterjee and Bhowmick, the film, whose Bengali version will also release on Feb 4, stars actor Anirban Chakrabarti in the lead.

The Hindi release will bring the gripping adventure of Kakababu and Santu in the wilderness of the Masai Mara jungles of Africa to the national audience.

The extraordinary story of the mystery behind disappearing tourists in the greenlands of Africa will be brought closer to audience across the country with Kakababur Protyaborton’s national release.

Speaking on his film's national release, Mukherji said, "We are all ready to bring Kakababu’s newest adventure to a much wider audience by releasing it in Hindi on 4th February, on the same day along with the Bengali release. I believe that the grandeur of Kakababur Protyaborton’ will captivate both regional and national audiences alike.

"Through the Hindi release, we will be able to take the iconic Bengali detective duo to the national level. People outside Bengal are aware of Feluda and Byomkesh Bakshy but now I am excited to bring another iconic detective figure to the national audience."