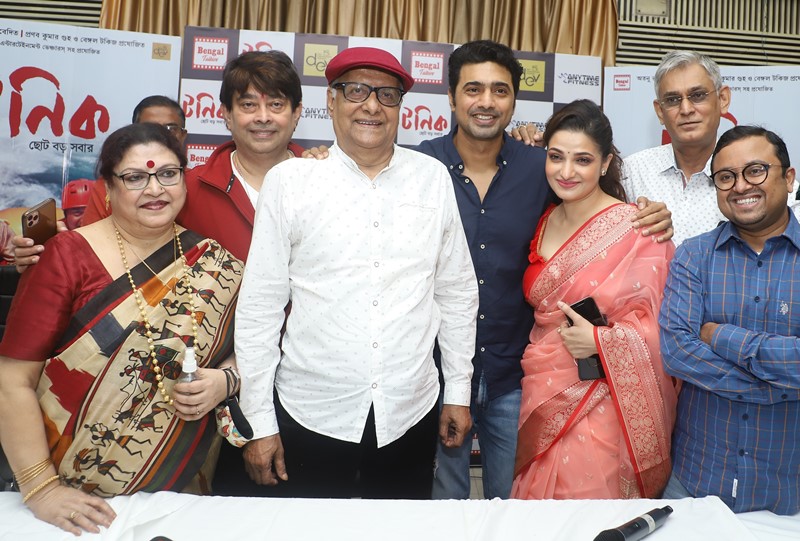 Kolkata/IBNS: Tollywood superstar Dev, whose production house Dev Entertainment Ventures is known for experimenting with contents, said he doesn't want to restrict himself to one genre of films releasing the trailer of his upcoming project 'Tonic' here on Wednesday.

When IBNS asked him whether he had looked for different roles since the very early part of his career, Dev said, "An actor can't be remembered with just one film. One has to do different kinds of characters.

"That's how an actor becomes a superstar or a legend. This in return also helps in the growth of the industry. In fact, doing the same kind of content does not make any sense. I want to contribute to my industry."

“Tonic is a family drama and the story is about celebration of life. The warm and emotional story is bound to captivate the audience”, said Atanu Raychaudhuri, who is presenting the film, which is co-produced by Dev Entertainment Ventures.

Talking about his film, Sen revealed he had been able to sign up Dev for a film in the third attempt.

"It was a dream to direct Dev in my film. I had approached him twice earlier but he had refused to do my films. He said yes when I approached him for the third time for 'Tonic'.

"So Dev searches for a story to which he can relate to. He has an involvement in everything in his film," said Sen.

Reacting to Sen's revelations, Dev said he had turned down the director's offers earlier as he didn't like the respected scripts.

"I was not happy with the script. Simple. I don't mind doing a film if the script is good. I said yes to the 'Tonic' script because I loved it," the actor said.

'Tonic', whose music is created by Jeet Ganguli, will hit the theatres on Dec 24.