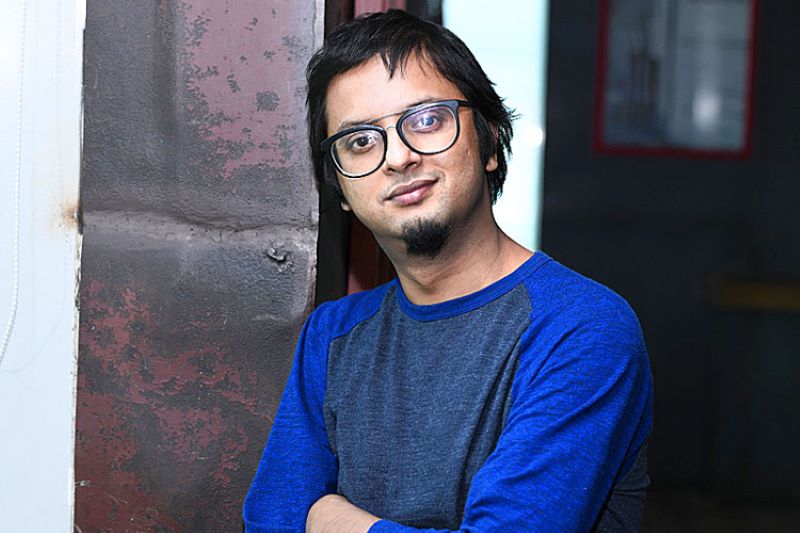 After the success of 'Cheeni', filmmaker Mainak Bhaumik is back with his next film 'Ekannoborti', which is produced by SVF. Ahead of the film's Nov 19 release, Bhaumik speaks exclusively to IBNS correspondent Souvik Ghosh

The film deals with a joint family which is missing nowadays in the Bengali social structure. Is your film a kind of reminder to the audience about the joint families?

Well, sort of. The film is not about the joint family but being in touch with the family. Earlier, family interactions were a part of our Indian or Bengali culture. The nuclear family concept is influenced by the West (western countries of the world). The social structure in the West is very different from that of the Bengali culture.

Post-pandemic, I thought people, who were influenced by the Western culture, realised the value of the Indian social system. That's where I felt the relevance and the value of the general meaning of what a family is and that sort of became relevant to me to make the film. 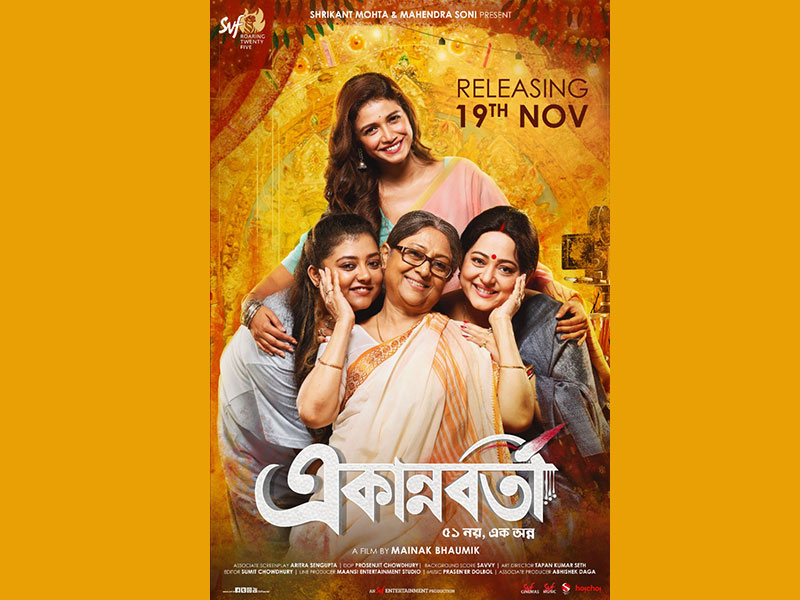 Absolutely. It is a story of two daughters, their mother and grandmother. So we get multiple perspectives. These are the things which I have touched upon in 'Maach Mishti and More' and quite a bit in 'Cheeni' and 'Generation Ami' but not so much. So I wanted to nosedive into it through this film.

So the germ in your mind to explore different generations came from 'Cheeni'?

How has been your experience of directing actors belonging to various age groups?

Well, I have worked with Apa di (Aparajita Adhya) quite in a row. I think a director's job is primarily to be able to relate to and mix with the actors that are working. I have a distinct relationship with every actor in the film. I don't look at them as people from different generations but interesting people and gel with them in different ways. Being half brought up here (West Bengal) and half in the US, it was possible for me to mix with different people very easily.

Durga Puja is integral to the film. How were your Durga Puja days in childhood or at younger age?

Initially (in childhood he meant), most of the Pujas I used to spend in the US where there was no awareness of the festival. So the Bengali community used to get together, perform puja on a weekend and reminisce about being in Kolkata. As I was growing up, I used to come sometimes to my grandfather's house in Howrah where Durga Puja used to be performed. So that was a fabulous experience with all family members, who used to stay in the puja days and return after it was over. So I think that is what I wanted to show more in the film.

You have touched upon the body-shaming issue in the film.

In the last couple of years, due to the excessive use of social media, the constant hyper-awareness of looks has grown among people, mostly women. Generally, any kind of relationship forms due to the chemistry between two individuals but social media is now constantly reminding us that it's all about our looks, which is not true. So I found it was a relevant thing to deal with.

You have said in earlier interviews that all your films have one or the other thing in common. What commonality the audience will find in 'Ekannoborti'?

It would be the three generations, which I had touched upon in 'Generation Ami'. What happens is, if I am telling a story of a Bengali family, I am bound to sort of sometimes repeat myself in ways. It's a kind of retelling of stories differently. So telling stories about real people would automatically have similarities.

Do you fear turning monotonous to the audience due to the repetitions of characters, sequences or themes?

I am not someone who lives in his own bubble and doesn't hear the feedback after writing a story. It's not that I write a script and start shooting the next day. When I come up with something, I bounce it off people to see if they are enjoying it. So while doing 'Ekannoborti', if someone were to tell me that it was similar to some other films, I would not have proceeded.

'Cheeni' released last in December when slowly people were visiting theatres months after COVID-19 scare. This year too, you are having a release when things are returning to normalcy.

Ever since the pandemic hit us last year, I think challenging times are something that is going to loom over us for the next five or more years. There is no guarantee that there is not going to be another COVID-19 wave or a lockdown. We honestly don't know where it ends so I think the ideal attitude is making a film, hoping to find an audience within the safety parameters. 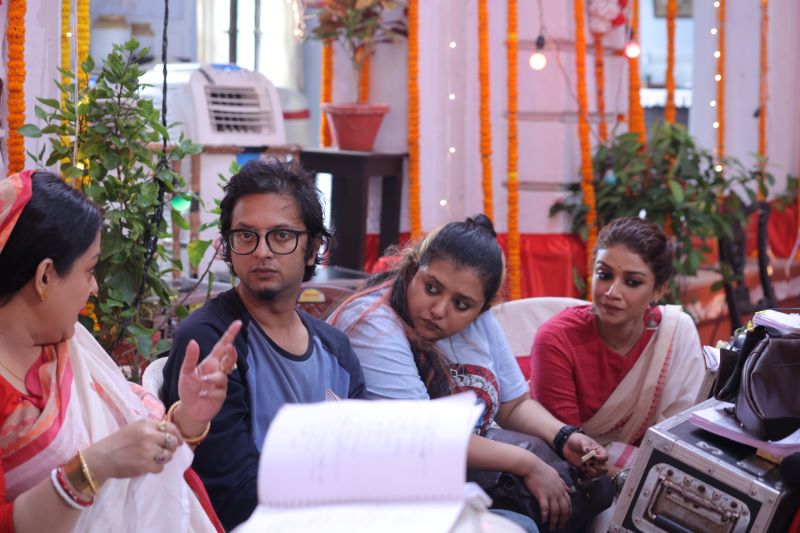 Deviating from your genre, you made films like 'Bornoporichoy', 'Goyenda Junior' in 2019. Do you want to revisit that genre?

Did the style of Rituparno Ghosh's filmmaking influence you in the job of direction?

Not really the style of filmmaking. I think it was the fact that in the 1990s when I was growing up, he was telling stories of people he knew. I found a sort of similar space and hope that I tell stories of my family and people I know. The films of Ghosh and mine are very much about the Bengali community and money can't make them anything more. That was one of the greatest cues that I took from him.

I know I could have done 'Bornoporichoy' much better with more money but not 'Ekannoborti' or 'Cheeni' or 'Generation Ami' because the latter films are dependent on the Bengali culture, acting and performers.