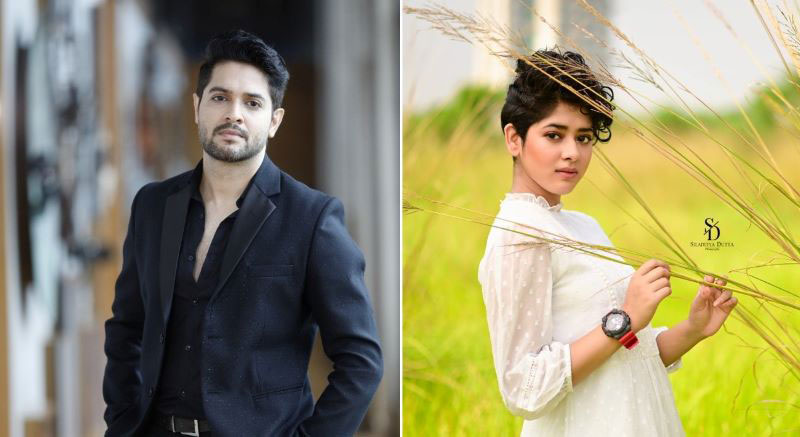 Vikram Chatterjee, Ditipriya pair up for Bengali film, get blessings from Prosenjit Chatterjee

Kolkata/IBNS: Actor Vikram Chatterjee and young actress Ditipriya are pairing up for a Bengali film, making their debut as an onscreen pair.

The film, which is yet to be titled, will be the directorial debut for Aditya Sengupta while Ditipriya will be featuring in a film for the first time after dominating television with serial 'Karunamoyee Rani Rashmoni'.

On the occasion, Tollywood superstar Prosenjit Chatterjee blessed the duo as they began their new journey.

"I not only love the two (Vikram Chatterjee and Ditipriya) but also have a lot of expectations from them. Hope this new generation will change the language of cinema," said Chatterjee, a senior actor in the Bengali film industry.

The film will see them as two friends who bond over a beautiful road-trip journey that helps them discover life and more.

Vikram, who works in film, television and OTT, shares, "I'm absolutely craving to go shoot this film. It will be very exciting to work with Aditya, Ditipriya, Rahul, Sampurna and the entire team. It is a very young team and will bring a lot of freshness onscreen"

Ditipriya says, "I'm also very excited to be working alongside Vikram da and this will be our first film together.  We’ve made an amazing bond and I hope this bonding & friendship will reflect on screen also."

"At the core of the film is a friendship, which is more than a decade old, and this story looks at how relationships with friends change over time. I hope that this film resonates deeply with people, and brings a smile to their faces," says Sengupta.

Produced by Small Taalk Ideas (Sampurna Lahiri and Rahul Bhanja) and Kashish (by Kamal Pugulia), the film is scheduled to go on floors soon.