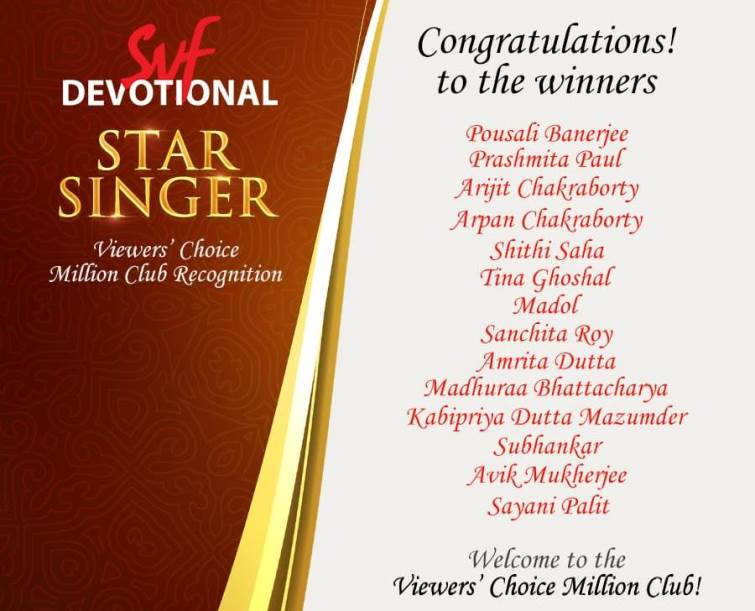 Kolkata/IBNS: SVF Devotional, one of the verticals of entertainment company SVF, now recognized the top devotional artists whose videos have crossed million views on their YouTube channel.

The list consists of 14 such talents who stood out to be the audience’s favorite with their singing.

Mahendra Soni, Co-Founder and Director of SVF, said, “SVF has always believed in pure talents. People who have potential and are willing to give their best to create a magic product should be recognized. SVF Devotional has employed many such talented singers from a long time who had the potential to earn people’s love and attention over time.

"The numbers and the popularity of the videos speak here and I would like to congratulate the artists for their success. They are being given this recognition because they deserve it.”


SVF Devotional has also announced its upcoming release schedule for the ongoing month. Amongst the list, the lyrical video of ‘Bela je phuriye Jaye’ by Kaya, “Achhe Shyam Onge Rai” by Aritra and the official music video of “Ankhiya Hari” by Trisha have already been released and are now available to watch on YouTube.