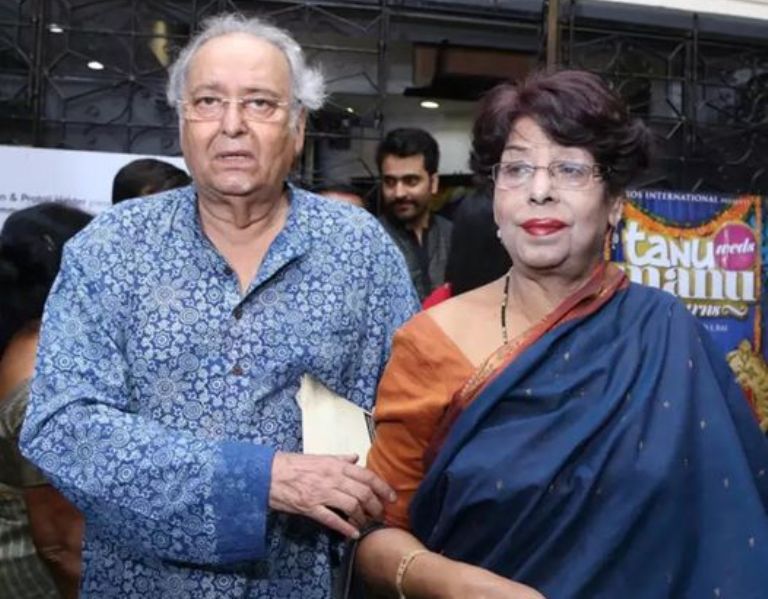 Kolkata/IBNS: Late actor Soumitra Chatterjee's wife Deepa Chatterjee died at a Kolkata hospital in the early hours of Sunday. She was 83.

Deepa Chatterjee was admitted to a hospital in Kolkata's Beleghata after her health deteriorated.

She passed away after kidney failure at 2.55 AM, said media reports.

Her husband and the legendary actor passed away in November last year after battling for weeks at a Kolkata hospital.

Speaking to Calcutta Times, daughter Paulami Bose said her mother lost the zeal to live after the death of Soumitra Chatterjee in November last year.

In her statement, Paulami told CT: "After Bapi (dad Soumitra Chatterjee) left us in November, maa lost the will to live. She kept on telling us, 'Please let me go now'."