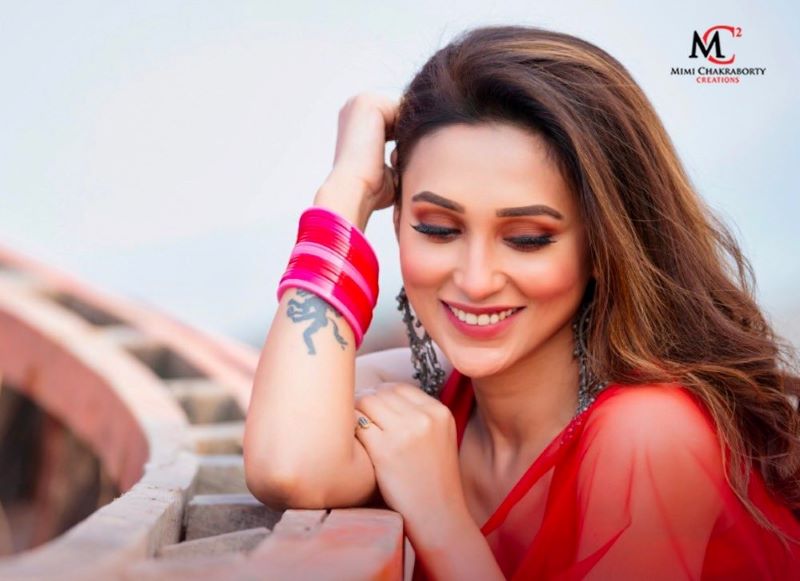 Kolkata/IBNS: Actor-parliamentarian Mimi Chakraborty's new video song Tomar Khola Hawa was released by the Bengali star herself on the occasion of Christmas on Friday.

Chakraborty herself sang the song which was originally composed by Nobel laureate Rabindranath Tagore.

In the video, the contemporary leading Bengali actor was seen on an island, singing the song.

The entire video was shot on Mousuni Island.

Chakraborty, who made her Tollywood debut with Bapi Bari Jaa, went on to be part of a number of successful Bengali films including Bojhena Shey Bojhena, Proloy, Khaad, Posto, Crisscross.

In big screens, she was last seen in Dracula Sir.

Chakraborty took a plunge in politics by successfully contesting in the 2019 Lok Saba elections as a Trinamool Congress candidate.

She went on to win from West Bengal's Jadavpur constituency by a huge margin.