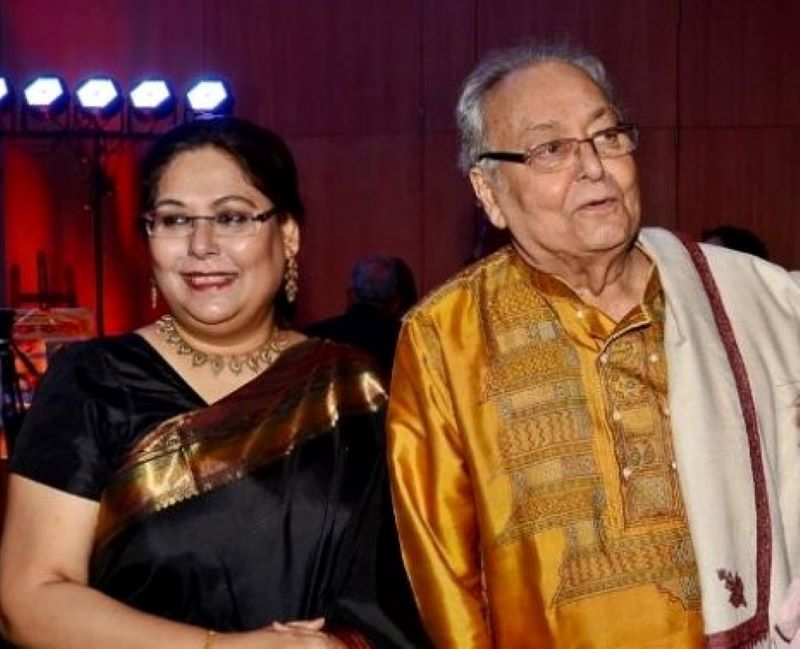 Kolkata/UNI: Veteran actor Soumitra Chattopadhyay's daughter Poulami Bose has appealed to all to show her ailing father "privacy and respect that he so richly deserves".

Bose, an actor in her own right, was reacting to a photograph of the thespian lying on his hospital bed in Kolkata that went viral on social media on Tuesday.

This prompted a pained appeal from his daughter, to give the 85-year-old actor the "privacy and respect that he so richly deserves".

Not only the photograph but also rumours of his death and his detailed medical bulletin going public have distressed the family no end.

"Amidst this time of huge anxiety over the health of my COVID-afflicted father, we are extremely upset, sad and heartbroken to find unauthorized pictures of him from the ICU and his medical bulletin being shared widely on social media," Bose posted on her Facebook page late last night.

Amidst this time of huge anxiety over the health of my Covid-afflicted father, Soumitra Chatterjee, we are extremely...

Chattopadhyay, who was admitted to a city hospital after testing positive for Covid-19 last Tuesday, was put on ventilator support a day ago.

On Oct 11, he was treated twice with plasma therapy but despite showing improvement two days ago, his condition has not improved much.