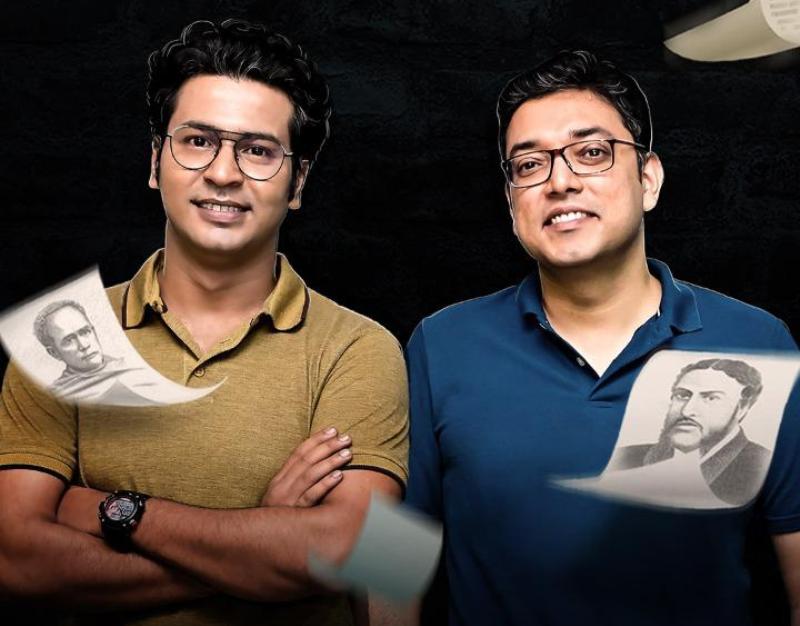 Kolkata: SVF Music, known for its freshness and euphonious melodies, is ready to provide the audience with another unusual yet beautiful musical piece - ‘Michael Vidyasagar Sangbad’ - streaming on Saturday on SVF Music YouTube page, to celebrate the 200th birth anniversary of Ishwar Chandra Vidyasagar.

The song is a unique music collaboration, sung by National Award-winning lyricist, singer and composer, the phenomenal Anupam Roy and the ever-talented versatile actor Anirban Bhattacharya.

The song stands out to be a conversation between Ishwar Chandra Vidyasagar and Michael Madhusudan Dutta portrayed by Anirban Bhattacharya and Anupam Roy respectively.

The video being conceptualized by Anirban, strongly celebrates the unconditionality and selflessness of friendship, with a subtle feeling of patriotism throughout.

The song is conversational in nature, showing how Vidyasagar and Madhusudan Dutta, though separated by the boundaries of countries, strongly supported each other and helping one both financially and emotionally.  It goes on to emphasize on the fact how they shared an unexplainable bond even through writing letters – they were friends. The song is also a stark contrast between the past and the present, connecting the audience with history and also making them realize, how with the passing of time the definition of friendship has changed.

Conceptualised by Anirban Bhattacharya and penned by Anupam Roy, the song Michael Vidyasagar Sangbad, a treat to the ears, is a tribute to these two personas. Moreover, the first-time collaboration of Anirban and Anupam and getting to see them share the screen is like a cherry on top.

Positive about this fresh new number, Anirban Bhattacharya said, “The Michael Vidyasagar song has tried to establish a bridge between the past and the present. There are several elements in the video that have been metaphorically placed to present the connection. We have been particular about every little component that has been incorporated in the music video so that a flawless, creative content is delivered to the audience.  Since I personally have grown up admiring these two personas, this song will always remain very close to my heart.”

Anupam Roy, excited about collaborating with SVF Music yet again, said, “SVF Music is known for its versatile content that becomes a favourite in every Bengali’s playlist. The Michael Vidyasagar Sangbad has a flavour of uniqueness to it, as it upholds a friendly conversation between Michael Madhusudan Dutta and Ishwar Chandra Vidyasagar. Two legendary personalities, had their friendship initiated by a disagreement. Vidyasagar criticised Madhusudan's avant-garde writing style, and Madhusudan claimed that Vidyasagar could not feel the heart of his writing. But in time, these two grew into become each other's best friend and closest companion. Michael Vidyasagar Sangbad is the story of their exchange and their pledges.”