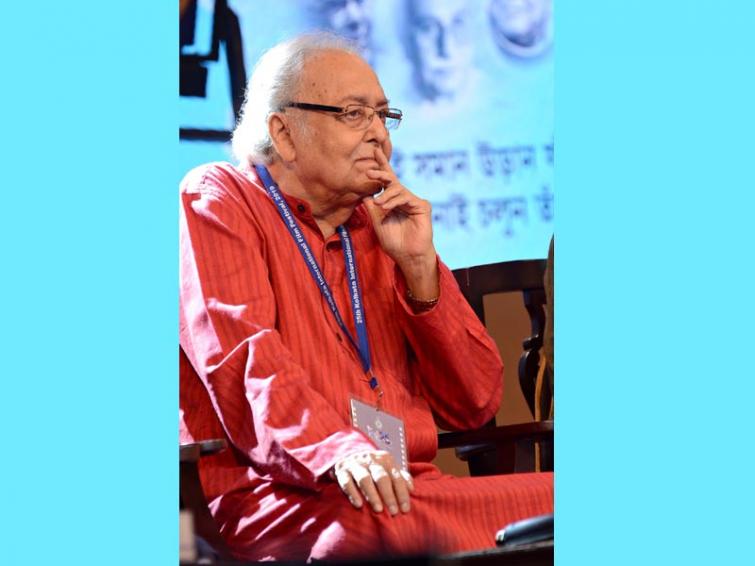 My responsibility as an actor is to portray reality honestly: Soumitra Chatterjee at KIFF

Kolkata/IBNS: Regarding his upcoming film Sraboner Dhara- screened at the 25th Kolkata International Film Festival- the core subject of which is Alzheimer, veteran actor Soumitra Chatterjee said it is his responsibility as an artist to portray reality honestly after witnessing patients suffering from the disease closely.

"After watching people suffering from Alzheimer closely, it becomes my responsibility as an actor to portray reality honestly," said Chatterjee.

The film Sraboner Dhara, which has been directed by Abhijit Guha and Sudeshna Roy, captures the problems the present generation faces and the issues pertaining to the older generation.

Actor Parambrata Chatterjee, who played a pivotal role in the film, said, "The film teaches each one of us to be a bit more sensitive towards others and one's own life. It teaches us to evaluate our own life."

Regarding his screen-sharing with Chatterjee, Parambrata said, "I was very attracted to the fact that I would be able to share screen with Soumitra Chatterjee for a long time in the film."

Actress Gargi Roychowdhury, who played the wife's role of Chatterjee onscreen, said, "The film is a message to identify oneself in a new way while all of us are suffering from identity crisis."