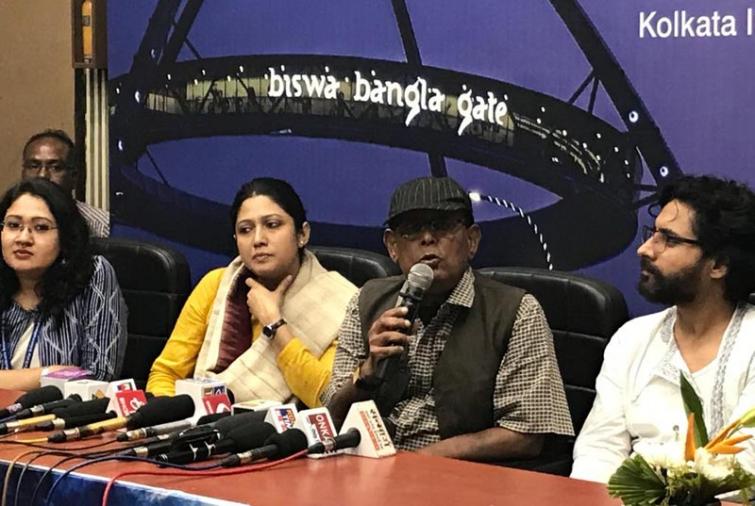 Urojahaj is a story of a dreamer: Filmmaker Buddhadeb Dasgupta

Kolkata/IBNS: Veteran director and multiple National Award winner Buddhadeb Dasgupta, who is known for his signature magic realism elements elements in his works, said his upcoming film Urojahaj, which was screened at the 25th Kolkata International Film Festival on Monday, is a story of a dreamer.

At a press conference prior to the film's screening, Dasgupta said, "The film is a story of a dreamer. The protagonist might be a motor mechanic in personal life but he also dreams like all of us."

"The story is about how several dreams are crushed by the State. The film shows how an honest person suffers if he does not compromise or submit before the State," he added.

Dasgupta, who is known for his films like Grihajuddha, Dooratwa, Charachar, Bagh Bahadur, Tahader Katha and Uttara, revealed the film is based on a true event which was reported by a news agency.

"I had read a news agency report which had stated an Urojahaj was discovered at a forest. The film is based largely on this true event," the filmmaker said.

Whether or not his film is influenced by a report from Pakistan, early this year there was a report of a popcorn seller in Pakistan  waiting for the country’s Civil Aviation Authority (CAA) to allow him to fly his homemade plane after the police had stopped him from performing an unauthorised take-off.

Regarding his experience of working with Dasgupta, Chandan said, "I have always watched his films but never thought would actually work with him."

"I am honoured to have worked with him (Buddhadeb Dasgupta) twice," said the lead actor.

On his decision to choose Chandan as the lead actor, Dasgupta said he was looking for a fresh face. "Old, familiar faces would not have clicked. So Chandan was considerably new. So Chandan was chosen and he did a very good work," said the filmmaker.

The film will hit the big screens on Dec 13.