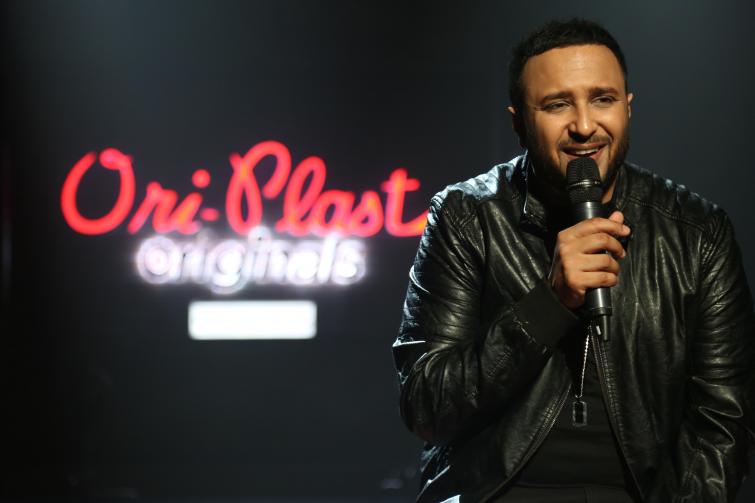 Kolkata,July 30 (IBNS):  Ami Shudhu Tomar,is the cup of hot tea one needs this monsoon season! The 4th episode of Oriplast Originals, soothingly sung by Ash King in his dulcet tones, is a singer-songwriter style popular with artistes abroad and not very frequently used by composers in India. The credit goes to Ajay Singha, the composer of this song, who used a minimalistic arrangement with a western classical mode.

Ash King retorted: “My song is called Ami Shudhu Tomar which is a soothing romantic track that you will want to listen to on loop. It feels great to be associated with Bengal’s Biggest Music Collaboration, Oriplast Originals.SVF Music has taken an incredible initiative to bring artistes across the nation together on one platform and I am glad to be a part of this. I had a great time working with Ajay Singha, my composer, who gave me this lovely song.”

Ajay Singha, excited about his debut Bengali song, said: " Ami Shudhu Tomar is the first song of its kind in Bengali in contemporary singer songwriter space, combining poetic lyrics with soulful melody. It was great working with Ash again and I hope this romantic track will be enjoyed by the audience.”

Ajay is a composer and producer known for scoring music for Films, Television, Music Albums, Ad Jingles and Documentaries. In his first movie Kaakan, the title song featuring Shankar Mahadevan introduced the Marathi film industry to a sound and style unheard of before. He recently came out with the romantic hit “Kyun Dil Mera” featuring Mohit Chauhan from the Hindi movie Paharganj.

Spearheaded by SVF and Ori-Plast Limited,Oriplast Originals is the biggest Bengali music collaboration with 16 artistes from all over India along with 7 composers. These two leading companies, in their own sectors, have joined hands to create Bengal's first branded original content bringing forth 10 songs in Season 1 to pipe hot music into our playlists.

The first season is streaming now on SVF Music.