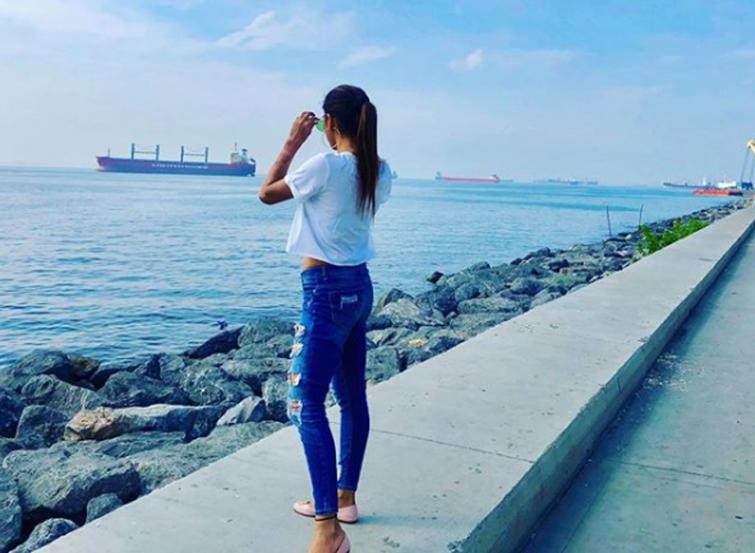 I see you: TMC MP Mimi Chakraborty posts gorgeous image of herself on the social media

Kolkata, June 30 (IBNS): With clear blue sky in the backdrop, actress Mimi Chakraborty recently posted another gorgeous image of herself on the social media for her fans.

In the image, Mimi could be seen spending a relaxing day near a river, keeping an eye on the ships sailing on it.

Mimi captioned the image as: "i see u."

Mimi has worked in several Bengali movies in her career.

However, 2019 will remain a special year for her as she was elected to the Lok Sabha from the politically crucial Jadavpur seat.