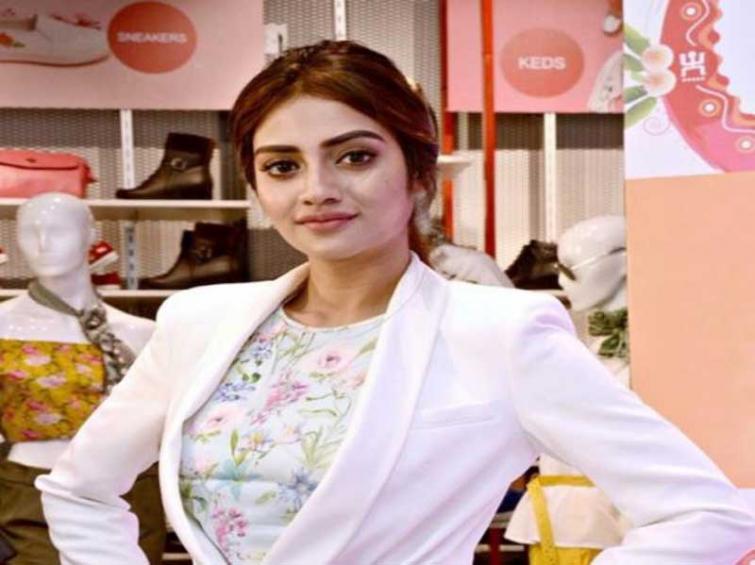 Kolkata, June 29 (IBNS): West Bengal MP Nusrat Jahan, who has married Hindu businessman Nikhil Jain recently, has landed herself into a controversy as Deoband clerics have issued a fatwa against her, stating that a Muslim woman should only marry a man belonging to the community, media reports said.

Cleric Mufti Asad Wasmi  was quoted as saying by Times Now, “After investigation, we got to know that she married into the Jain religion, Islam says that a Muslim can only marry a Muslim. Second, I want to say that Nusrat Jahan is an actor and these actors do not care about religion. They do what they feel like doing. This is what she showcased in Parliament.”

“She came to Parliament with sindoor and mangalsutra, so it is a waste of time to talk about this. We cannot interfere in her life. I just told her what Shariat says with the help of media,” Wasmi added.

BJP leader Sadhvi Prachi came out in Nusrat's defence and raised the issue of 'love jihad'.

“If a Muslim woman marries a Hindu and wears bindi, bicchwe, mangalsutra, the Muslim clerics call it haraam. I feel sorry for their intellect but many Muslim men trap our Hindu daughters in the name of love jihad and ask them to wear burqa, then that is not haram. That is justified for them," she was quoted as saying by Times Now.

One of the clerics, Maulana Qari, attacked the BJP leader for her remarks and told the news channel: “Sadhvi Prachi does not know anything about Ulema. Such women are not in control (belagaam), they try to set the country on fire. They give such statement and spew venom just to create headlines. They want to divide this nation. She does not have any knowledge of any religion. Islam is a religion that gives the message of love and peace. Who does not know anything should first read the Ulema and then speak about it.”

Newly elected Trinamool Congress MP Nusrat Jahan recently ended her oath-taking speech in the Parliament by saying Vande Mataram, unlike Samajwadi Party MP Shafiqur Rahman Barq who refused to chant it by stating that it was against 'Islam'.

She also chanted phrases like 'Jai Hindi' and 'Jai Bangla'. 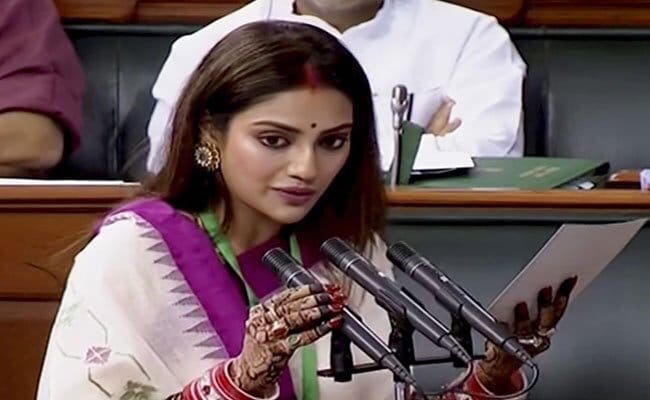 Like her other party members, Jahan, dressed in saree, took oath in Bengali. Having acted in 16 films so far, she is one of the top contemporary actresses in the Bengali film industry, popularly known as Tollywood.

Twenty-nine-year-old Jahan, who was picked up by West Bengal Chief Minister Mamata Banerjee as a Lok Sabha candidate for the TMC, contested from West Bengal's Basirhat constituency and won by a margin of over three lakh votes.

After the Lok Sabha polls, Jahan went to Turkey to marry businessman Nikhil Jain. The two got married at a private ceremony in Bodrum away from media glares. It is because of her marriage ceremony, Jahan could not take oath as the MP in the Lok Sabha.

Its great to find that one person you’d like to annoy for the rest of ur life @nikhiljain09 iv been lookin for u since i heard my first love story.. now i realise u were in my heart all along.. #thenjaffair big hug to team @weddingsbyesl and @knottingbells