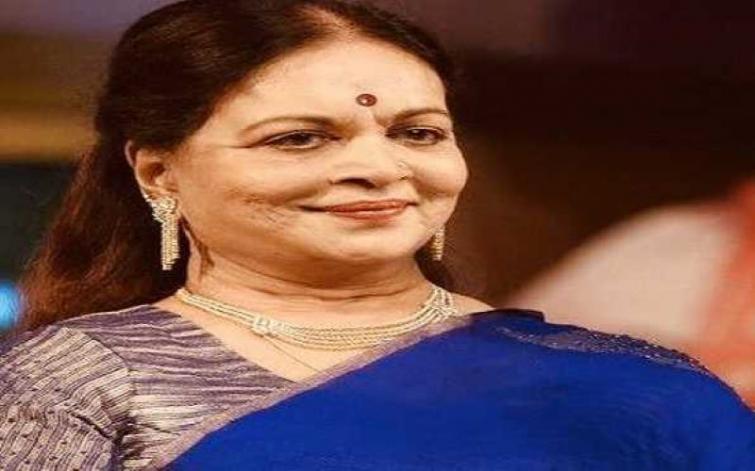 Hyderabad, June 27 (UNI/IBNS): Veteran Telugu actress-director Vijaya Nirmala passed away due to a cardiac arrest at a corporate hospital here in the wee hours on Thursday.

She was 73 and is survived by her husband and veteran actor Krishna and senior character artiste Naresh.

Vijaya Nirmala, who was born in Tamil Nadu, made her acting debut in 1950 in Tamil film 'Machcha Rekhai' at the age of seven.

She debuted in Telugu Cinema with Panduranga Mahathyam in 1957. She later turned as director with film Meena in 1971 and went on to direct 44 movies. Neramu Siksha (2009) being the last one.

The actor has starred in over 200 films in Telugu, Tamil and Malayalam. She has directed many movies and was one of the most prominent female director.

In 2002, she entered the Guinness Book of Records as the female director of the most films.

She was also awarded the prestigious Raghupathi Venkaiah award by the Andhra Pradesh government in 2008 for her great contribution to the Telugu film industry.

Vijaya Nirmala's body was shifted to her residence at Nanakramguda and it will be kept till tomorrow.

On Friday morning, the mortal remains of Vijaya Nirmala will be taken to the Film Chamber to enable the film industry people to pay their last respects.

The last rites will be held on Friday evening, family sources said.

Telangana Chief Minister K Chandrashekar Rao expressed his deep condolences on the demise of Nirmala. In a message here on Thursday, Rao conveyed his condolences to the members of the bereaved family.

He remembered Vijaya Nirmala's services to the Telugu Cinema field.

"The death of senior actress Vijayanarmalagari is shocking. Besides being an actress, she has provided many family storylines as a director. She set the Guinness Record for most films. I have a deep sympathy for their fans and family members, seeking peace for their soul" tweeted former Andhra Pradesh Chief Minister Nara Chandrababu Naidu.