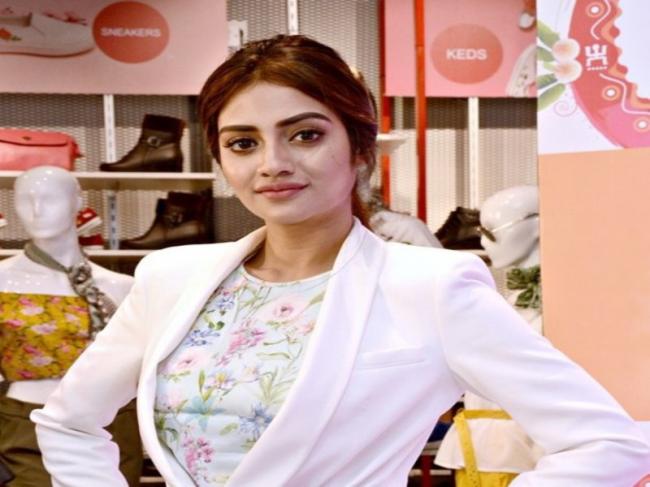 Kolkata, May 28 (IBNS): Bengali film actress and TMC MP Nusrat Jahan is all set to tie the knot with Kolkata-based entrepreneur Nikhil Jain in Istanbul next month, media reports said.

Nusrat told The Times of India, “I am too busy right now and would not like to validate or comment on this.”

As per the newspaper report, a student of MP Birla Foundation Higher Secondary School, Nikhil has studied management at the University of Warwick before working as a consultant in an UK-based multi-national company.

He is currently based in Kolkata and was first introduced to Nusrat during a professional assignment, reported The Times of India.

When reality is finally better than ur dreams, the best thing to hold on to in life... is each other..!! @nikhiljain09

“She had signed on as the brand ambassador of the sari label that is owned by Nikhil. The duo came closer during a Puja advertising shoot for the sari label. The fondness grew and their bond strengthened with time,” a source told the newspaper.

According to report, a star hotel has been booked in Istanbul between June 19 and 21 for the grand event in the newly elected TMC MP's life.

“A star hotel has reportedly been booked between June 19 and 21 in Istanbul. Select well-wishers have also received invitations on WhatsApp,” the source told the newspaper.

On Monday, she posted on Instagram: "When reality is finally better than ur dreams, the best thing to hold on to in life... is each other..!! @nikhiljain09."

Away from the world of movies and entertainment, Nusrat made her Lok Sabha polls debut this year. She fought the polls on a Trinamool Congress ticket.

A new beginning..!! I thank @mamataofficial and people of my Basirhat constituency to have belief in me..

Nusrat made her Tollywood debut in 2011 with Shotru. She then appeared in numerous hit Bengali movies like Khoka 420, Jamai 420, Har Har Byomkesh,Love Express, among others.