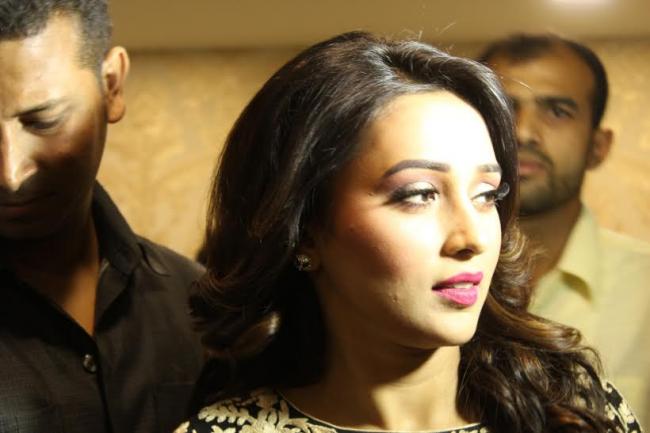 Kolkata, Mar 16 (IBNS): Actress Mimi Chakraborty, who has been fielded by the ruling Trinamool Congress from Jadavpur Lok Sabha constituency for the general polls, on Friday said she is no more a part of director Birsa Dasgupta’s upcoming rom-com ‘Bibaho Obhijaan’.

She was paired opposite Ankush Hazra in the movie.

Mimi said she made the move in the interest  of the film.

"Recently it was announced that I would be a part of SVF’s next film, Bibaho Obhijaan, directed by Birsa Dasgupta. Since the announcement of my candidature this week for upcoming elections, I have, in due interest of the film and production team, decided to step down from the role. I feel it was necessary to honour my immediate commitments without disrupting the film production schedule. I wish the entire team of Bibaho Obhijaan much luck and success!," the actress tweeted a statement.

Mimi rose to fame by playing the role of "Pupe", the female lead in the mega serial Gaaner Oparey.