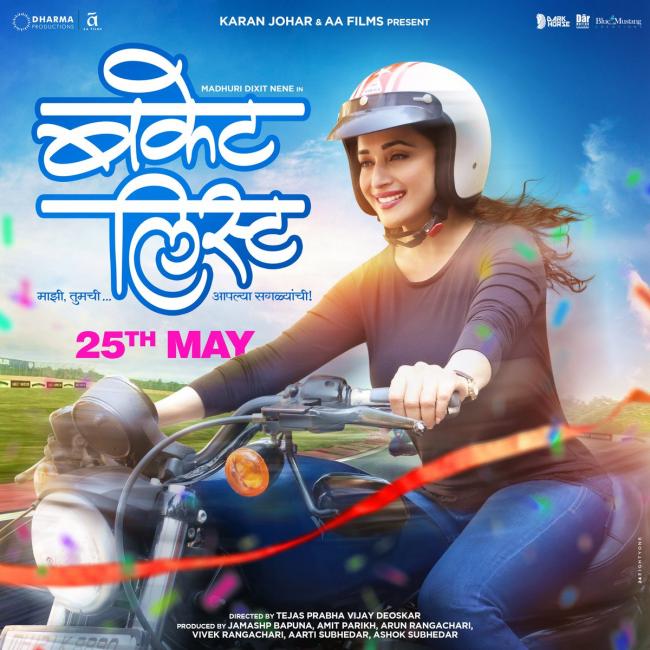 Filmmaker Karan Johar presented the movie and unveiled the poster on his Twitter page.

Madhuri is returning to the big screen with this Marathi movie.

The movie will mark her Marathi movie debut.

The movie is directed by Tejas Prabha Vijay Deoskar.