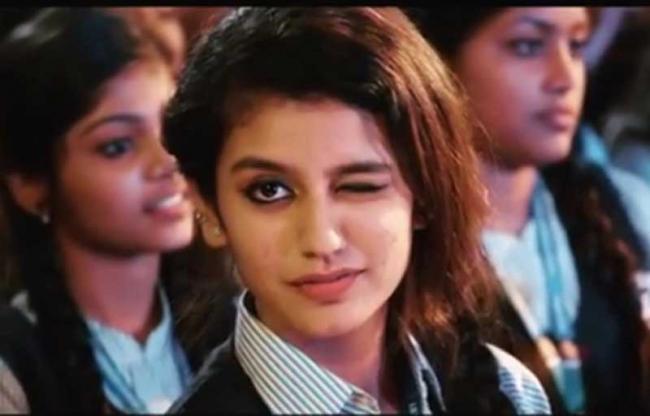 Chennai, Feb 12 (IBNS): With Valentine's Day coming closer, a sweet video, where a girl and boy could be seen winking at each other, exchanging unsaid love messages, is treading across social media platforms in India.

Thank you for all the love and supportðŸ’™

A post shared by priya prakash varrier (@priya.p.varrier) on

The video has gone viral with people sharing it across social media platforms over the weekend.

The video has touched hearts all over India and surely made them remember about their high school romance.

Actor  Priya Prakash Varrier, who could be seen winking in the video, has already become an internet sensation.

Priya will be making her debut in south Indian movies with  Oru Adaar Love.

With the video going viral, Priya has already gained immense fan base on Instagram.

Reacting to the popularity the video has gained, she wrote on Instagram: " Thank you for all the love and supportðŸ’™."

She tweeted: "Good morning everyone. Can't belive this, #NationalTrend Thank you so much for your love and supports ."