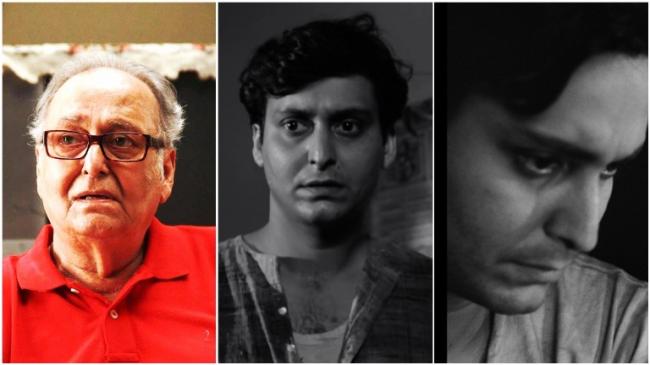 Trans World Features | | 12 Jun 2017, 10:25 pm
#SoumitraChatterjee, # FrenchHonour, # Legion dâ€™Honneur
Soumitra Chatterjee is a living icon of Indian cinema not only because of his work in 14 films directed by Satyajit Ray but also because of his excellence in several forms of creative expressions. Now he is being bestowed with Franceâ€™s highest civilian award, Legion dâ€™Honneur. He is the first Indian actor to be so honoured so. Shoma A. Chatterji in a tete a tete with the veteran actor


This honour comes at a time when you are in the middle of a family crisis with your grandson recovering from a near-fatal accident. How do you react to this juxtaposition of triumph and crisis?

This juxtaposition is a part of our lives and we cannot avoid it. One needs to accept it as reality. But this honour has triggered a completely different feeling even in the middle of this family crisis and depression. I am overjoyed that though my work has remained confined exclusively to Bengali films, it has reached out to touch film lovers, intellectuals and cineastes across borders.

At the time of Dekha, I was convinced that awards often went to people who didn’t deserve them and other better and more powerful performances were ignored. When I got the National Award for Padakkhep, I was already fifty years into films. The citation moved me. The director was also a new comer to cinema. The Dadasaheb Phalke award made me truly happy because my faith in the public that has sustained me for so many years stood vindicated. After nearly six decades as an actor, how would you elaborate on the term “acting”?

Acting is restricted by its quality of temporality. It is perhaps the only form of creative artistic expression that does not follow any rule and doesn’t have any fixed formula. Music is based on sargam which one can toy around with, explore and experiment. Dance has abhinaya and rhythm. Magic too has certain rules. But acting is something the actor has to create temporarily at that given point of time in the play or the film which only a good director is able to control. Actors can benefit only under some directors, not any and every director who springs up suddenly. Institutional training is also a construct and rules are created, they don’t exist from the beginning of time.

When did you first find yourself drawn to films?

When I was very young, I watched films like Thief of Baghdad, Saboo, etc. As I grew into boyhood, I often took French leave from school to watch films.

Serious interest in cinema began with the first Film Festival in the city after my parents shifted to Kolkata from Howrah. I watched Bicycle Thieves, Miracle in Milan, Fall of Berlin, etc. with friends who were equally passionate about cinema. These films changed my entire perspective about cinema. We saw Renoir’s River, shot entirely in India, after it was released. Then came Satyajit Ray’s Pather Panchali. This film created a lot of curiosity while it was being made. Ray made four films before he did Apur Sansar. For me, those films were a preparation for what was to come – my first film Apur Sansar.

You are often seen acting in some terrible films. Why do you accept these assignments?

(Laughs). Acting is my bread and butter and I have a big family to feed. I just can’t let go of assignments because I feel they are going to be ‘bad’ films. Besides, how can an actor become judgemental about a film that is being shot when he doesn’t know what the final product would look like? The quality of an average Bengali film has gone down. My work in these films are a reflection of that quality. However, sometimes you feel this film is not going to be good and it turns out to be a pleasant surprise. Cinema is full of uncertainties and elements beyond anyone’s control and an actor is just a small keg in that giant wheel.

You have said that you had a snobbish attitude towards Indian cinema. How did it change?

I was brought up on European films as I have mentioned. I was very young then. But Pather Panchali changed all that. When I saw the film, I had no clue that I would be part of Ray’s films as an actor which would shape my future course in life. It was an amazing exposure of the point of view of a director as he presented one of the best-known literary classics of writer Bibhuti Bhushan Bandopadhyay.  I didn’t identify this aesthetic and cinematic excellence with the work of any Indian director before this film. Looking back, it changed the course of my life. 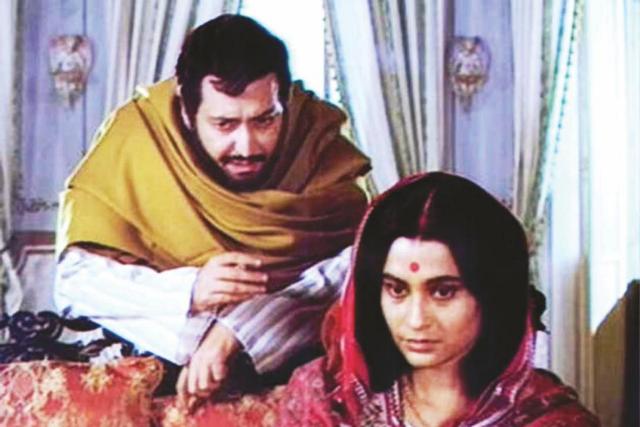 Among the 400-odd films, which, according to you has been the most challenging?

Tapan Sinha’s Wheel Chair is perhaps the most challenging. I practised moving about on a wheel chair because the physical details of how a man does minor things while seated on a wheel chair were important. But when it finally went on the floors, I could not practice all over again. I love the challenge of learning something for a specific role. For Sinha’s Kshudhita Pashan (Hungry Stones) set in Rajasthan, I had to learn horse riding. I discovered that riding a horse or moving about on a wheel chair helps form an insight into a given character. The man’s world-view changes which differs from the world-view of a person who moves normally. This change influences his behaviour, his vision, his philosophy. These get reflected in his performance. The physical approach to a character is very important. Once this is achieved, then a trip to the mental world of the character becomes seamless.