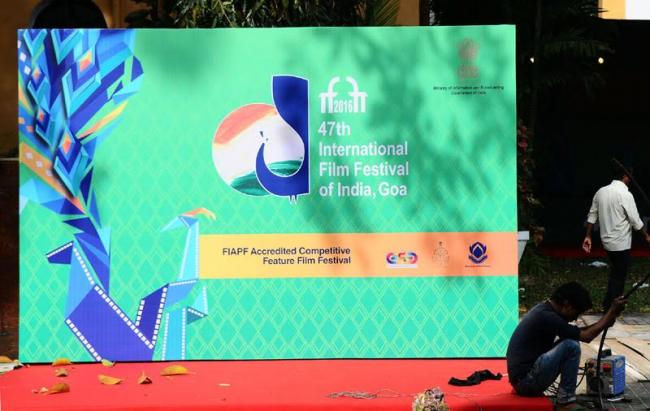 ICFT Paris in collaboration with UNESCO will award the film that best reflects the Gandhi ideals of peace, tolerance and non-violence, a prestigious Gandhi Medal and Certificate.

This competition section shall have eight films including ‘Allama’ that will compete to receive the prestigious ICFT UNESCO Gandhi Medal.

Other films that will compete in this section are ‘A Real Vermeer’, ‘Beluga’, ‘Cold of Kalandar’, ‘Exiled’, ‘Harmonia’, ‘The Apology’ and ‘The Family: Dementia’.

‘Allama’ is a film about 12th century metaphysician, a son of a temple dancer who embarks on a quest for knowledge and answers to his four core sentiments, yearning, and obsession – Maddales, failures and self-realisation.

When he evolves and becomes “Prabhu”, a master of monotheistic and non-dualistic philosopher, he begins to question many core values in his ideal world where he can foresee violence and advices people to find solace and departs on his final journey to become one with nature and a true spirit.