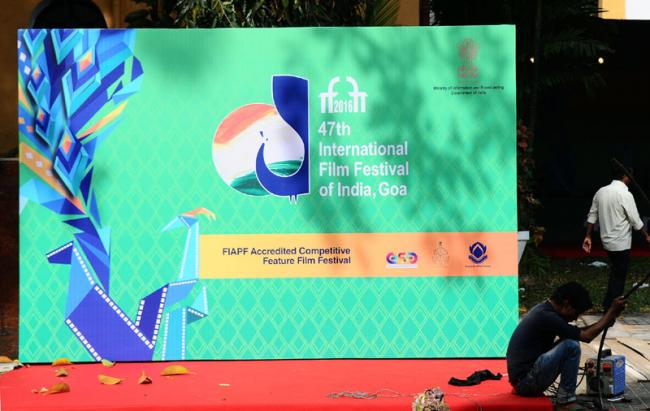 The Government has taken a new initiative to create a Film Promotion Fund to promote Indian cinema in the International Film Festivals.

This initiative would help independent filmmakers to promote their work across the globe.

The Government efforts to project India as a soft power and Filming Destination has been a win-win situation so far, in terms of attracting global stakeholders from various quarters of film industry to India as well as Indian films, expertise and talent being accepted globally at international festivals.

The announcement to this effect was made at the curtain raiser Press Conference for IFFI 2016 in Delhi.

The Film Promotion fund would provide financial assistance to the films which would be selected in any competition section of an International Film Festival of repute or being India’s official nomination to the Academy Awards under Foreign Film Category for promotional activities. Directorate of Film Festivals has been designated as the nodal agency for implementing this initiative based on the recommendations of a panel of experts constituted by the Government.

The 47th edition of IFFI would screen three films for specially-abled children with special audio described technology under the Accessible India Campaign/ Sugamaya Bharat Abhiyan. This screening would take place in collaboration with UNESCO and Saksham.

Inspired by the Government’s Clean India Drive, IFFI 2016 will showcase a special package of 20 award winning short films based on the Swachh Bharat theme.


These 20 films were short listed from 4,346 entries and awarded at the ‘Swachh Bharat Film Festival’ organized by National Film Development Corporation on Oct 2 in New Delhi.

Another initiative is Centenary Award for Best Debut Feature of a Director. IFFI would recognize young talent under this new competition section.


This section would showcase some of the outstanding directorial debuts of 2016 from across the world of cinema.


The winner would be honoured with a Silver Peacock and a cash price of rupees ten lakhs.

2016 in collaboration with the International Council for Film, Television and Audio-visual Communication (ICFT), Paris and UNESCO would also present the “ICFT- UNESCO Gandhi Medal” to a film, which reflects the ideals of peace, tolerance and non-violence.

IFFI 2016 is introducing a new laser based phosphor wheel projector from Barco Electronics, used for the very first time in any film festival across the globe.