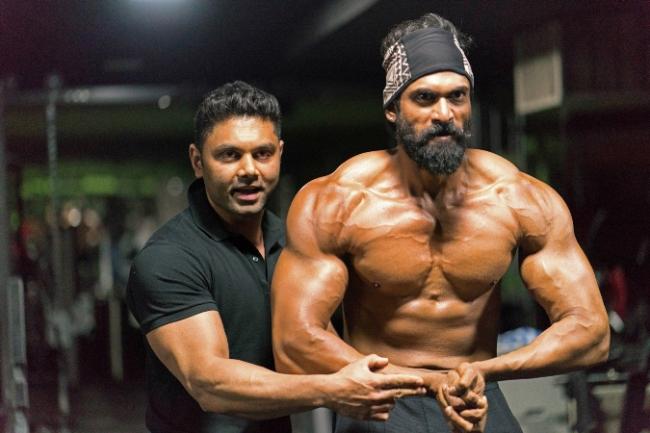 Rana Daggubati beefs up for Baahubali 2

India Blooms News Service | | 04 Oct 2016, 01:24 pm
#Baahubali, #Rana, #SS Rajamouli, # South Indian cinema
Mumbai, Oct 4 (IBNS): Rana Daggubati had promised that his character of Bhallala Deva in SS Rajamouli's epic historical drama, Baahubali, will definitely be cooler and more power hungry in the sequel. And going by the latest picture of the actor, he has lived up to the promise.

Rana admits that over the last five months he has been training for two and-a-half hours every day.

"I've been shuttling between cardio and weight training," says the 31-year-old actor who has finished shooting his action sequences for 'Baahubali: The Conclusion' and has just five days' work left.

"The older Bhallala is stronger and more beefy so I weighed around 108 110 kg for those portions of both the films while his younger version is strong too but leaner so I lost a few kilos for that. My weight has dropped to 92-93 kgs," the actor shared.

His diet, monitored by trainer Kunal Gir, has been high on carbs and proteins and oil free.

"I eat every two-and-a-half hours and there's a nutritionist present around the clock. He conducts regular check-ups to ensure that we are on the right track," said the Dum Maaro Dum actor who began training in Mixed Martial Arts before shooting for the first part and continued with it while shooting for the sequel.

"The story will continue from where we left off," Rana added.