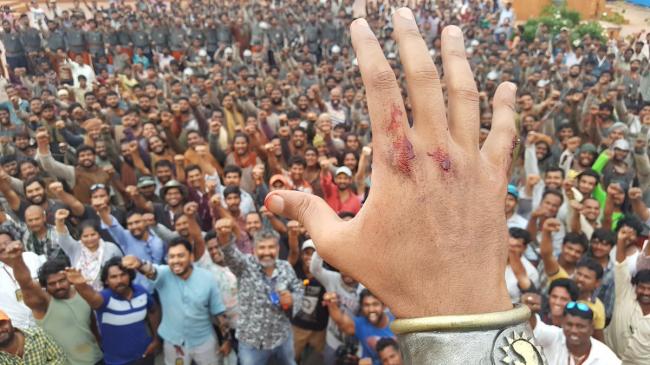 "Fantastic first day at war...Months of planning helped everything roll out smoothly.. Jai Mahishmathi..!!" he tweeted with the picture.

Rajamouli is currently busy shooting the climax sequence of the film.

Bahubali-The beginning was one of the most successful films ever made by the Indian film world.

Baahubali: The Conclusion is an upcoming Indian epic historical fiction film directed by S. S. Rajamouli. It is the continuation of Baahubali: The Beginning.