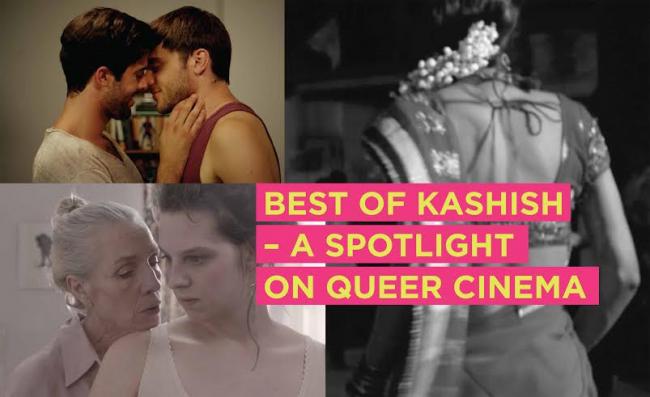 The day-long event will screen award winning LGBT films from India and across the world, and will also host a power-packed panel discussion ‘Pride and Prejudice – Building Alliances for a Better Tomorrow’ that will explore the importance of straight allies in the movement for equal rights for people who identify as LGBT.

The panel will be moderated by Parmesh Shahani, head of Godrej India Culture Lab. This mini film festival is a part of the month-long celebration of events leading up to Mumbai’s Queer Azaadi March.

"Over the last six years KASHISH has emerged as South Asia's biggest and only mainstream LGBT film festival. It has become the biggest platform in the country for filmmakers wanting to explore LGBT lives," said Sridhar Rangayan.

"The Pride month is big in Mumbai and KASHISH is happy to be a part of it. Since our festival shifted to South Mumbai, there have been many requests from film lovers to watch LGBT films in the suburbs. The 'Best of KASHISH' event is a great opportunity for film lovers in central suburbs to catch up with award winning and audience favourite films from KASHISH. But, what makes the day long event even memorable is the panel discussion with renowned filmmakers and writers, making it yet another innovative and memorable experience," added Rangayan.

Parmesh Shahani said that the Best of KASHISH at Godrej India Culture Lab was a proud moment.

"Godrej has been a strong supporter of LGBT rights in India and our Culture Lab has been the venue of several previous LGBT themed events over the past five years, such as book readings, film screenings, theatre and dance performances and panel discussions. I am especially excited about the panel discussion that we will have between Nandita Das, Sridhar Rangayan, Hansal Mehta and Gazal Daliwal on alliance building. This whole day festival is free and open to all, so I look forward to welcoming many people to our lab in Vikhroli on January 23rd!" said Shahani.

The films that will be screened include the Dutch coming-of-age film Boys directed by Mischa Kamp that won the Best Narrative Film Award at KASHISH 2015, Marathi films Shot directed by Ganesh Matkari, Sundar directed by Rohan Kanawade, Ek Maya Ashi Hi (A Love Such As This) by Vaibhav Hatkar and the Tamil film Mudivai Thaedum Muttripulli (A Full Stop That Searches For Its End) by Vivek Vishwanathan among other films from across the world.


Best of KASHISH - A Spotlight on Queer Cinema