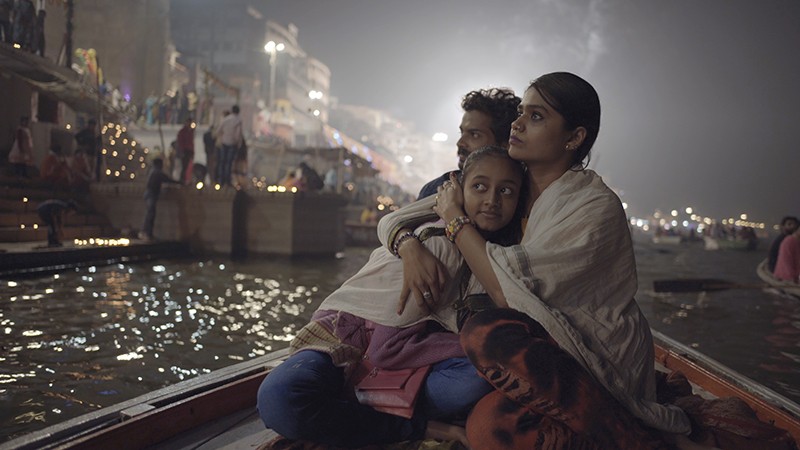 Varanasi is a character in my film: Brittle Thread director Ritesh Sharma

Ritesh Sharma’s debut film Brittle Thread is set against the backdrop of Varanasi in the throes of a communal conflict.  It won the Best Debut Feature award at New York Indian Film Festival and had its World Premiere at the Tokyo International Film Festival, 2021. Shoma A. Chatterji in a tete-a-tete with the director

Why the title The Brittle Thread?

The original name is Jhini Bini Chadariya  relating to Kabir’s poem Jhini Bini Chadariya. propagating love and peace reflects  my belief too. The whole world, this body itself, is like a chador woven delicately using five elements of Nature.  I’ve tried to elaborate this philosophy through the film. It is a beautiful world, with beautiful people around. We all are linked to each other quite delicately. This thread is delicate and so the English name The Brittle Thread

Why did you choose Varanasi as the backdrop?

Varanasi is a character in my film. The film wouldn’t have existed without the city. The characters symbolise local folklores. It’s my interpretation of the city with the local  elements - the prostitutes, ghats, stairwells and the bulls. It’s a Varanasi I saw in my childhood and the one I see now. It is also my pain and suffering; it is my voice of change. 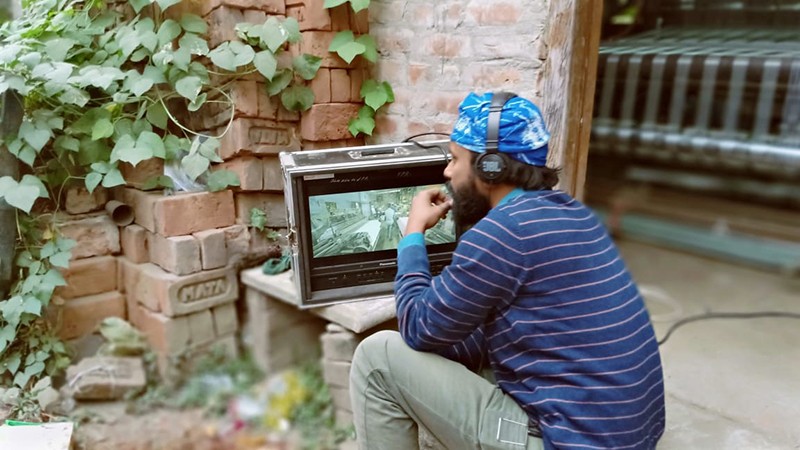 What makes you so passionate and nostalgic about Varanasi?

I grew up watching Varanasi from the other side of the river Ganges, then a calm suburb. The paradox of chaos and tranquility had always intrigued me: the tinkling of temple bells, the conch-blowing during the aarti, the smoke from the cremation ground   and the serenity of the river which flows undisturbed. The film was written when I lived in the heart of Varanasi. All the characters, the scenarios, the political framework and the conflict in the film are the result of my personal overview.

Tell us about the two main characters in the film

The two main characters of the story on whom the story is woven are Rani, a prostitute, and Shahdab, a Muslim weaver. The dancers/prostitutes performing near my village drew my attention when I was growing up. They danced through the night to entertain vulgar and disrespectful crowds  to eke out  a living. Rani here has to bring up her daughter. Later, while meandering through the streets and narrow alleys of Varanasi, I found myself deeply in love with the process of weaving; the ancient art of producing sarees took me to the neighborhoods of Muslim handloom artisans, who, ironically, produce sarees that are worn not by Muslim but by Hindu women. I witnessed their happiness and their hardships. The story is my attempt to create awareness about the conflicts and hatred, to give a voice to those whom no one bothers to listen to  and are invisible for the Establishment. I also wished to draw attention to the multicultural dimension of Varanasi.

The film is also a scathing critique of the ruling party’s attack on Muslims. Were you not afraid of a backlash?

Kabir was also from Varanasi. He has given me the courage to tell my story. So there’s no space for fear. Cinema is the most beautiful art form one can use to connect with a vast international audience. It’s the most accessible channel to reveal realities and expose alternative views, which at the end of the day, is not for the governments to judge. We shot the entire film across Manikarnika Ghat, Shivala Ghat, Nishad Raj Ghat, Peeli Kothi, Godhulia and different streets of Varanasi. 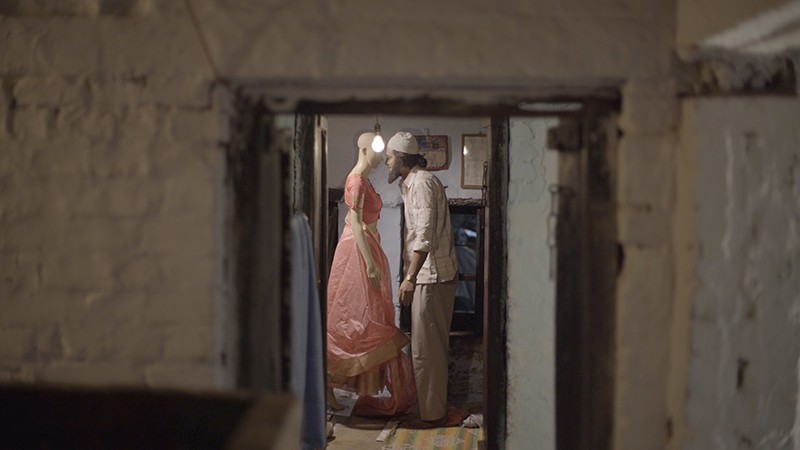 The right-wing might also attack you and your film

I don’t know what’s going to happen. When I decided to make my debut feature, I was determined to make it the way I wanted.  It was a healing process for me too. I find it suffocating to observe what’s happening around us today but I feel better after making the film and showing it to audiences across the map. The response I got in IFFK, Kerala, in Kolkata, Delhi, Tokyo,  New York was overwhelming. People could relate with the pain. In Kerala after the screening one man started crying and gave me a big hug. I am not against any particular government. I just made a film where reality is a part of the backdrop of  ancient Varanasi.

What about other characters, like an Israeli, that makes an appearance?

I wanted to talk about Palestine as I met a lot of Israeli tourists and backpackers coming to India. I wanted a Jewish girl because I wanted my audience to feel that it doesn’t matter which country you are from but the person you are is more important. Adah, the Israeli Jewish girl, doesn’t believe in religion. She is like Kabir for me. Adding a Jewish character was to point out that conflicts on the basis of religious faith are happening not only in India but elsewhere in the world too.

What difficulty did you face to make this film?

It took me six long years to see the film hit the screen.  Funding was a massive problem. My producer was a big help, some close friends pitched in and I did some assignments to put money together. But finally, I saw my dream come true.