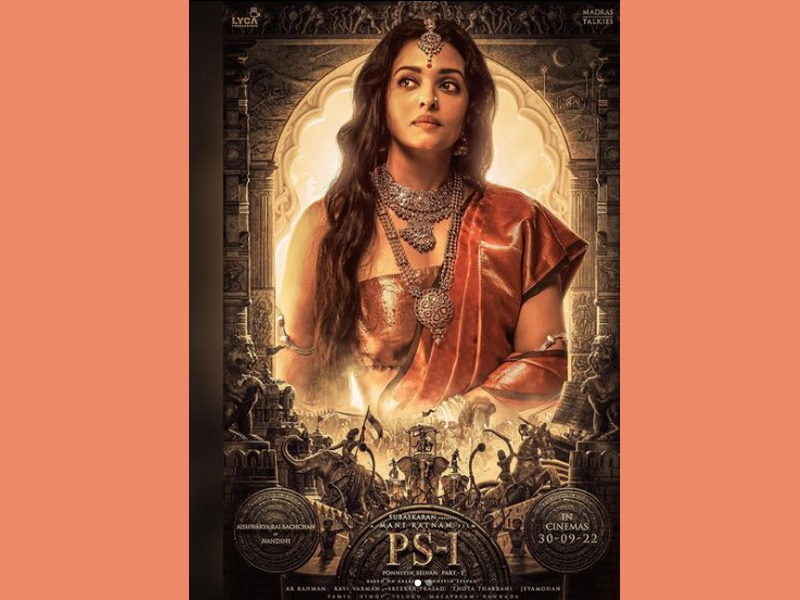 The drama, based on Tamil writer Kalki's popular epic novel Ponniyin Selvan (The Son Of Ponni), is a historical fantasy set in the period of the Chola dynasty.

The film stars Jayam Ravi in the titular character of Ponniyin Selvan, a fierce warrior of one of the longest-ruling dynasties.

Aishwarya Rai Bachchan depicts the role of Nandini, who is a "vengeance as a beautiful face," while Karthi stars as Vanthiyathevan, a commander of the Chola army and Trisha features as Chola Princess Princess Kundavai.

Check out the teaser of PS-1 here:

The teaser was shared in different languages by Amitabh Bachchan, Suriya, Mahesh Babu and other stars.

"The Cholas Are Coming! PS1 releasing in theatres on 30th September in Tamil, Hindi, Telugu, Malayalam and Kannada," read the caption on the post.

Besides Aishwarya Rai Bachchan, Vikram and Trisha, the film also stars Prakash Raj, Jayaram, Jayam Ravi and Aishwarya Lekshmi, to name a few. The music is composed by AR Rahman

Produced by Lyca Productions, the first part of magnum opus Ponniyin Selvan will hit the theatres on Sept 30 this year in five languages - Tamil, Hindi, Telugu, Malayalam and Kannada.