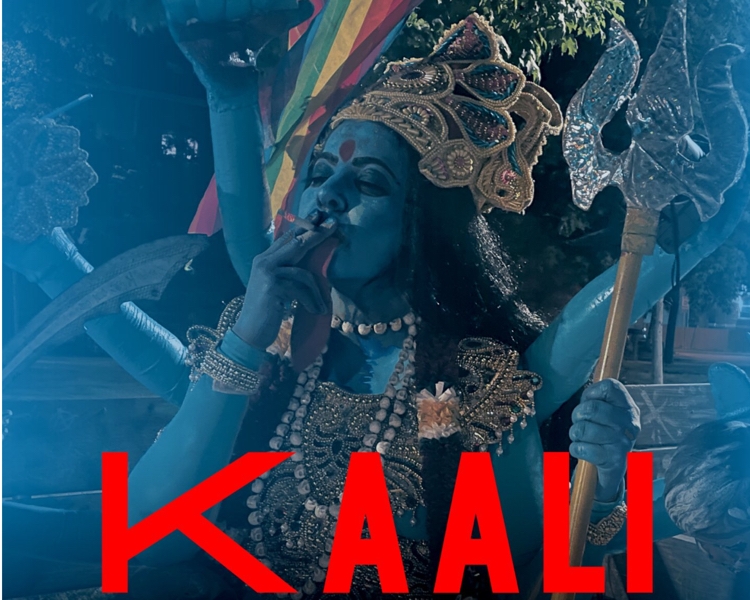 New Delhi/UNI: Filmmaker Leena Manimekalai has stoked a controversy, after she shared a poster of her documentary film ‘Kaali’, wherein the Goddess is seen smoking.

Leena received a barrage of condemnation from netizens for allegedly hurting the religious sentiments, who also demanded her arrest.

In the poster, Goddess Kali can be seen smoking. A flag of LGBT community can also be spotted in the background.

Along with the poster, Leena wrote, “ Super thrilled to share the launch of my recent film - today at @AgaKhanMuseum as part of its 'Rhythms of Canada' I made this performance doc as a cohort of… @YorkuAMPD @TorontoMet @YorkUFGS Feeling pumped with my CREW”.

One user commented, “This is ‘blasphemy’ and hurts Hindu religious sentiment.”

The other said, “ SHAME SHAME SHAME @LeenaManimekali!! Portraying Maa Kali in this form. Strict action must be taken against this shameless lady.”

A different user wrote, “Hinduism is the only religion in the world that venerates female energy as Shakti. Leena is too myopic to discern the paradoxical nature of Maa Shakti is both benevolent/Destructive. Mocking Maa #Kaali is slamming feminism. Where are liberal feminist? #ArrestLeenaManimekalai”.

National President of Bhagwa Kranti Sena, Prachi Sadhvi said in a tweet, “Retweet Maximum And Demand With Me. #ArrestLeenaManimekalai”.

However, Leena said in a tweet that she has ‘nothing to lose’.

“I have nothing to lose. I want to be with a voice that speaks without fear of anything until it is. If the price is my life, I will give it,” she said.