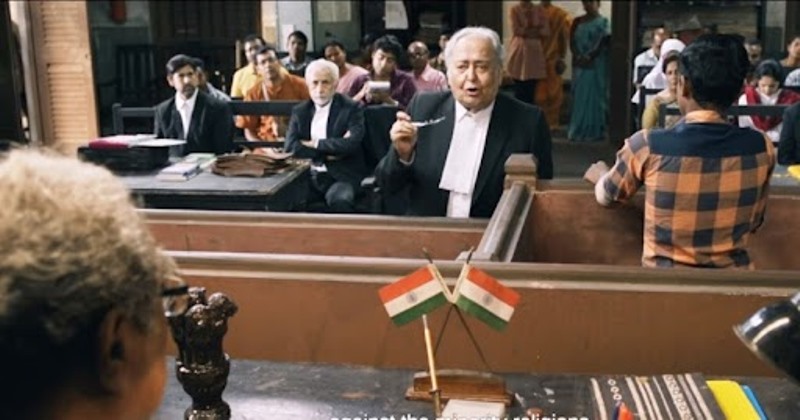 After receiving accolades in various prestigious film festivals, 'A Holy Conspiracy' is now all set to release in theatres. Directed by Saibal Mitra, the trailer of the movie was launched on the film's official Facebook page Friday.

Starring two powerhouse performers Naseeruddin Shah and the late Soumitra Chattopadhyay in pivotal roles, A Holy Conspiracy is based on the famous play Inherit the Wind by Jerome Lawrence and Robert E. Lee.

The story is about how a teacher of science denies teaching a book of religion before his usual science class which is then blown out of proportion, getting him arrested. A trial follows that questions the importance and need of science versus religion.

Speaking about the film, director Saibal Mitra stated, “A Holy conspiracy was completed just before the pandemic started. And we had to wait for two and half years to release it."

"Now the film is going to be released on 29th of July, we all are very happy except for the fact, that Soumitra Chatterjee is no longer with us. This is really sad and we hope that the viewers will find out how he and Naseer ji had performed a memorable performance in the film for the first and the last time,” Mitra said.

He also added, “I wish this film, no matter good or bad will find a place in the history of Indian cinema. I feel privileged and honoured. Also, the actors like Kaushik Sen, Biplab Dasgupta, Partha Pratim Majumder, Amrita Chatterjee, Sraman Chatterjee, Subhrajit Dutta, and many others gave a mind-blowing performances specially Anusua Majumder.

"Young actors can learn a lot what movie acting is. The movie talks about harmony and the brotherhood of India. A country of many colors, beliefs, and thoughts."

On this trailer launch, actor Amrita Chattopadhyay said, “It feels great that the trailer of our film is seeing the light of the day today. People get a glimpse of what to expect from the film from the trailer itself. It's a rare opportunity to be a major part of this film. We all know how Saibal da managed all the difficulties and shot the film. I am looking forward to hearing the reactions from the audience.”

Produced by Indo-American Productions, Walzen Media & AMC Media, A Holy Conspiracy will be released on July 29 across India.