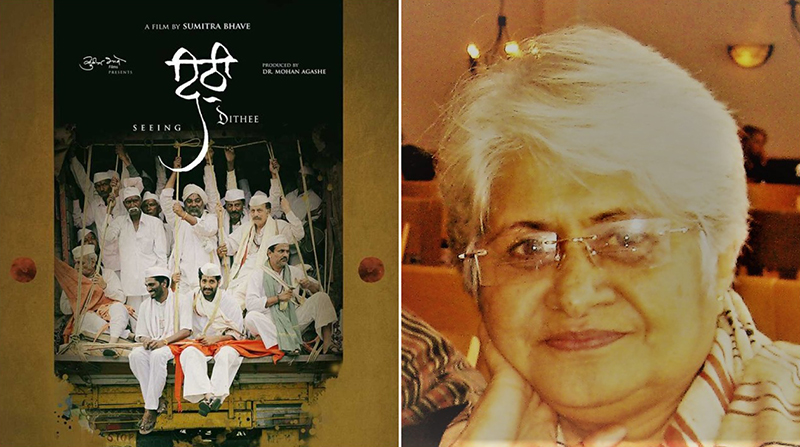 Multiple award-winning director Sumitra Bhave, who passed away last year, is being bestowed a tribute at the ongoing Kolkata International Film Festival (KIFF) with a screening of Dithee, her last film in Marathi,  which happens to be the first feature film she happened to direct independently without her co-director Sunil Sukhtankar beside her.

Mohan Agashe, a professor of Psychiatry who switched over to theatre as actor and director, later also produced several films directed by Sumitra Bhave who found it tough to land producers easily.

Padma Shri awardee Agashe, who has been awarded the Goethe Medal and another award from the FDR besides other awards, was in Kolkata as a guest of the 27th KIFF to address a seminar and present Dithee, which he has produced.

He said he is currently discussing the screenplay of Sumitra Bhave's last film with Sunil Sukhtankar which the director could not complete.

Sumitra directed her first independent feature film in 1919. It is called Dithee and is in Marathi. Sumitra Bhave won the Best Director Award for Dithee last year at the Pune International Film Festival (PIFF). 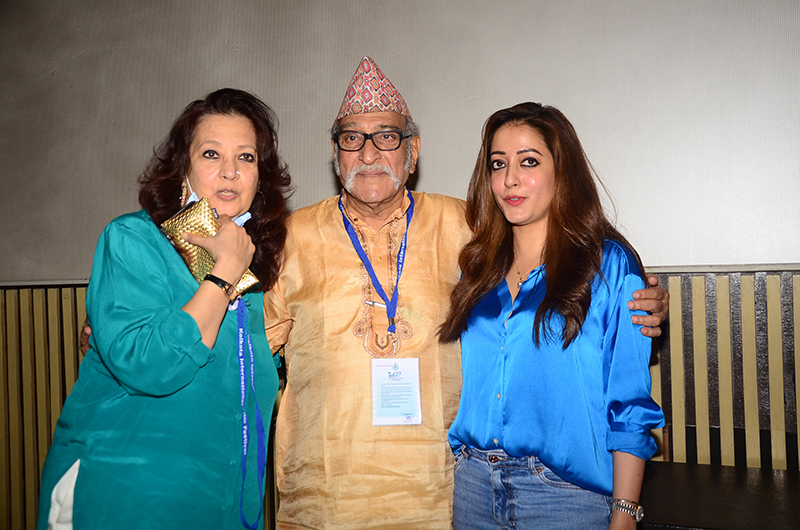 The film also won the Audience Award for Best Film and Best Cinematography by Dhananjay Kulkarni. It is a beautiful film revolving around the concepts of death, grief, and breaking out of grief to find hope again. It offers insights into the community of Warkaris, who undertake the annual pilgrimage from Alandi near Pune to Pandharpur near Solapur, where the deity Vitthal resides.

Dithee is based on the novel Aata Aamod Sunasi Aale by the Marathi writer DB Mokashi. On the surface, it is a simple tale about Ramji (Kishore Kadam), the village ironsmith, dealing with a loss of life.

One can without question insistently state that Dithee is perhaps the most outstanding feature film made by Sumitra Bhave till date, in terms of ideology, performance, cinematic technique and language and the form and content.

The story appears to be straightforward and simple. It narrates the tragic story of the village ironsmith Ramji (Kishor Kadam). His world collapses when his young son drowns in an overflowing river, leaving behind a pregnant wife and a prematurely born daughter.

Ramji — the wise guy to whom the village turns for succour — has to reconcile with this immense loss in his old age, share it with his elderly and aging friends and acquaintances. Bhave frames his wizened grief in spirituality. 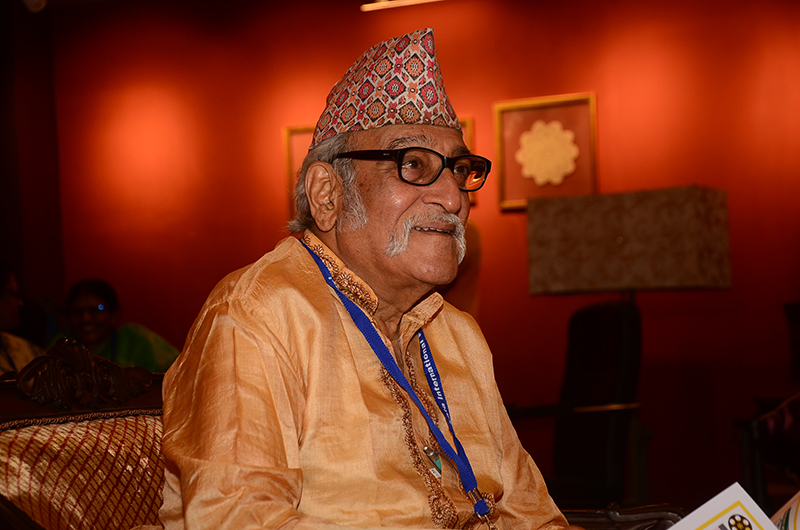 However, it’s not a celebration of the claptrap of religion or rituals but an intense evocation of the profound theology underlying life and death. Here faith is a healer,  a proxy therapist for a desperate soul.

His nights are filled with nightmares of the figure of his son jumping into the waters of the river never to be seen again. Ramji is the only person in the small, closely-knit village who can deliver a pregnant cow of its calf. No one else can.

But Ramji refuses to do this when his close friend's cow is about to deliver. Does  he do the needful and relieve the pregnant cow by delivering her calf?Or, does he continue to wallow in his grief for his adult son who has left behind a pregnant widow his father cannot tolerate?

Bhave used the directorial baton for more than three decades and won several National Awards, and a few months before her passing away was  bestowed with the prestigious Padmpani Lifetime Achievement Award at the 7th Aurangabad International Film Festival recently. The only time she stepped in as an actor was just before she passed away of a chronic lung infection in a Pune Nursing Home.

It was not exactly “acting” but her voice which was used throughout Chaitanya Tamhane’s film The Disciple. She portrayed the character of a dead music teacher who is present in the film only through her voice who remains omnipresent in the protagonist’s life who keeps listening to her sermons on music through her recorded voice anywhere, any time. 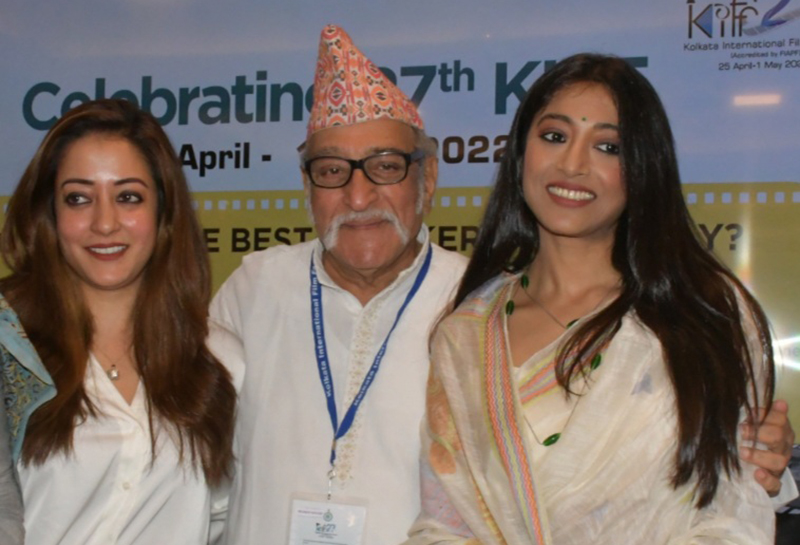 The director duo  directed 14 feature films, more than 50 short films, TV serials and telefilms- all of which were written by Sumitra Bhave. Their films have received six international awards, 11 national awards and more than 45 state awards. Her films revolved around the socio-political and economic conditions and hence are more relatable to all the classes of society.

The films have been screened right from the grassroots level of rural parts to the international platforms in all the six continents.

Sumitra Bhave was a spirited woman who defined the generous sprinkling of salt in her hair with her intellectual and cultural life. She lived and worked in Pune, a city she had become a part of, a city she chose to set most of her films in.


(Reporting by Shoma A Chatterji, Images by Avishek Mitra/IBNS)