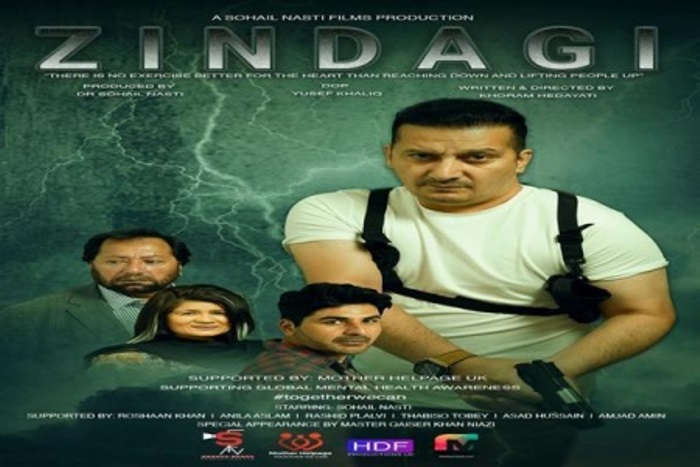 'Zindagi' is a film on mental health shot in Kashmir

Srinagar/IBNS: After winning widespread acclaim for his untiring rescue/relief work in disaster-hit areas, Kashmir born medico and rescue pilot has added yet another feather by producing a film on mental health.

The telefilm is about the life of a young man Ali whose father dies of Covid-19, and his mother goes for a second marriage and the home breaks down.

Ali finds refuge in drugs, however, Sohail (a drug enforcement officer) plays Jesus and saves Ali post which  the reformed Ali settles down to his normal life again and hails Sohail as his saviour.

According to Dr Sohail’s manager, the film will be screened in London too.

Born in Islamabad (Anantnag) Dr Sohail left his birthplace after completing his MBBS, and travelled to England for further studies.

He then specialised in disaster medicine and became part of the rescue/relief operations in the tsunami that hit Sri Lanka and around twenty countries.