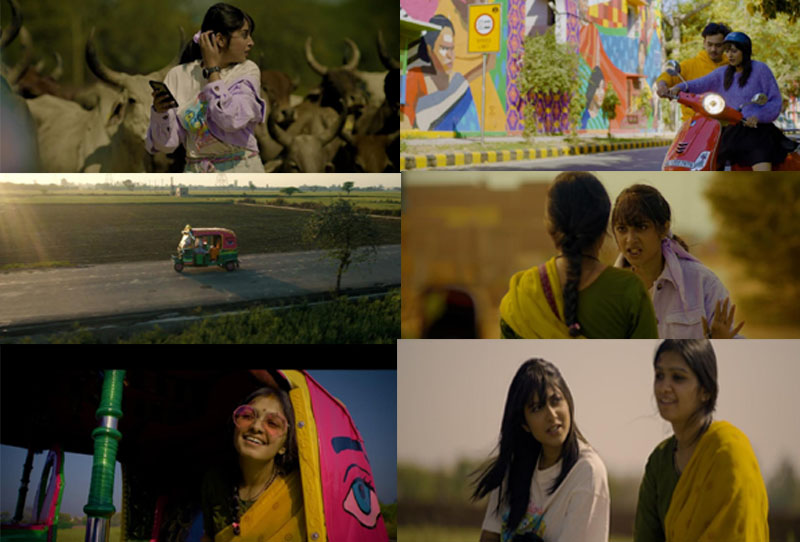 Delhi/IBNS: 'Dekho But Pyaar Se', a Hindi film directed by Rishav Ghosh and produced by Power Publishers & Motion Pictures and Amity School of Film & Drama, is slated for its OTT launch in April this year.

Shooting of the film, which took place in Delhi NCR, Haryana, Uttar Pradesh and border areas of the Punjab, was completed in March.

According to the producers Saakshi Khare and Pinaki Ghosh , the editing of the film has been completed and dubbing is on.

Dekho But Pyaar Se is the story of Arya, a 23-year-old affluent girl living in a Delhi high-rise, and Bhavani, a 17-year-old female migrant worker, both compelled to undertake a long journey during the lockdown.

They steal an auto-rickshaw for their road trip in the direction of Haryana, travelling along empty roads and countryside, coming across several obstacles and overcoming them together, resulting in a deep bond between the two.

Director Rishav Ghosh said they had to start as early as 3.30am to reach the pre-designated highway locations so they could start shooting early in the morning. The shooting ended after midnight on most of the days.