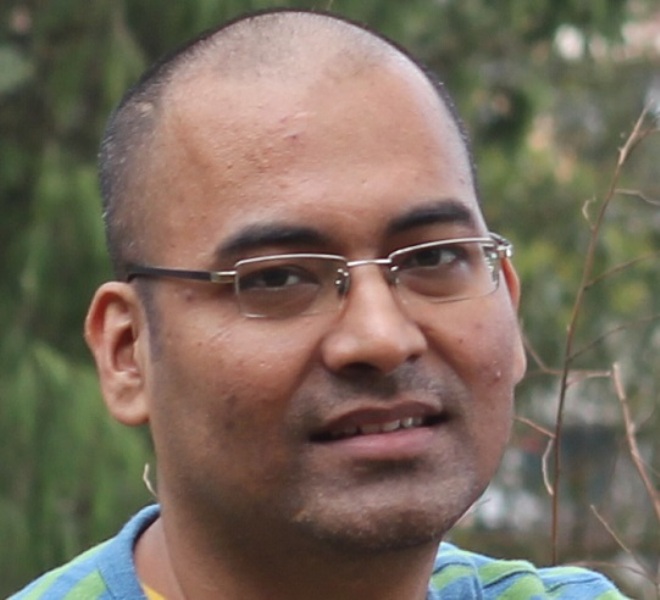 Mumbai/IBNS: The results for the much anticipated KASHISH QDrishti Film grant, which gives Rs. 2,00,000 to a filmmaker to make a LGBTQ film, is out. The winner is Arun Fulara for his script My Mother’s Girlfriend, which was chosen from the top 5 scripts that were pitched at an online pitching session.

Sridhar Rangayan, festival director of KASHISH Mumbai International Queer Film Festival who has begun this initiative said, “It was amazing to see the enthusiasm for the grant that has become iconic for supporting filmmakers to make their LGBTQ films for the past 4 years. This was the first year we had an open call for scripts and we received 24 submissions, out of which 5 were shortlisted to pitch."

"The online pitching session was an eye-opener where the participants made a video pitch and also spoke about their project in front of the jury panel. We definitely had a tough time selecting the winner!”

Neeraj, who is supporting the grant with a cash award of Rs.2,00,000 through his company Lotus Visual Productions said, “We at Lotus Visual Productions are elated by the response to this year's updated form of the KASHISH QDrishti film grant. The diversity in ideas, expressed by the broad spectrum of filmmakers from all parts of India, certainly push the envelope as they raise the bar for the nuanced portrayals of LGBTQ+ experiences.”

Well know screenwriter and teacher Anjum Rajabali (Drohkaal, Ghulam, Raajneeti), who was part of the jury said, “It was indeed exciting to see the number of facets of the LGBTQI+ experience so perceptively portrayed in the top five scripts that one read. The writing was sensitive, experiential, the characters human, and the milieus identifiable. All of them were very moving stories, making the discussion within the jury an involved experience."

The winning script, titled My Mother’s Girlfriend by Arun Fulara is a heartwarming story about a feisty widower vegetable vendor Sushma in love with Sadiya, a neighbour who lives in the same slum as her and what happens on Sushma’s 50th birthday.

The film is about these two women and their love for each other, and the love of a son for his mother.

Reacting to the news of him winning the film grant, Arun Fulara said, "This is such a fantabulous news. This year has been extraordinarily bewildering for me. I have had a spate of great news on the personal front in the midst of absolute mess all around. I realize my absolute privilege in having won this grant and intend to make the most of it by making a film we can all cherish."

"I thank the selection team and the jury, and the team behind the KASHISH QDrishti film grant for this incredible honour. Now to get on to the job of making the film." 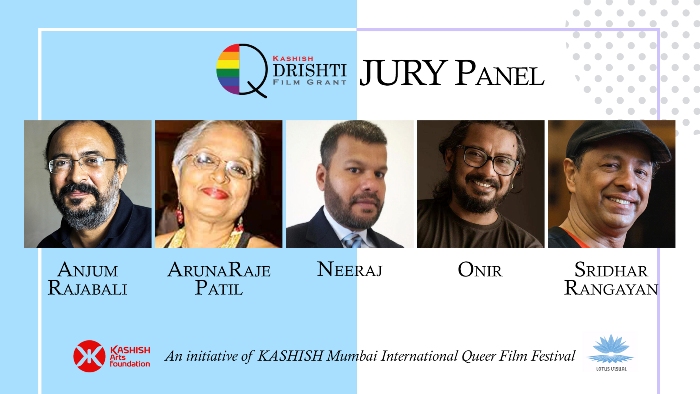 Arun Fulara had won the Riyad Wadia Award for Best Emerging Indian Filmmaker for his film Sunday at KASHISH 2020 Virtual.

Speaking about the winning veteran filmmaker & editor Arunaraje Patil (Shaque, Rihaee, Bhairavi , Firebrand) who was on the jury said, “The winning film script My Mother’s Girlfriend was waiting to be made - about the relationship between two older women, their only escape from their mundane existence being in the arms of each other. A mature love story and a situation where family had to accept the right of the women to live a life of their choice.”

Award winning filmmaker Onir (My Brother Nikhil, I Am, Shab) said, “What I loved about My Mother’s Girlfriend is that the middle-aged, middle-class lesbian couple had so much spunk. The story makes you smile and is very empowering. Congratulations to the maker and amazing that KASHISH is facilitating the process. Look forward to seeing the film”.

Neeraj who has produced several short films in the past (U for Usha, The Last Letter, Sheer Qorma) and has been sponsoring the KASHISH QDishti Film Grant for the past 4 years said, “We would like to congratulate the winning script for shining the light on one of the least portrayed sections of LGBTQ+ spectrum and that too from a unique lens, while infusing much-needed hope and optimism.”

The other projects that were on the top 5 shortlist were Laila Manju by Kamya Nair, Girlfriend's Bra by Bhuwan Somani, Wild Berries of the Winter Sun by Soumyajit Ghosh Dastidar and The 'Mouth Congress' Chapter by Arvind Kamath.

Speaking about the shortlisted scripts, Arunaraje Patil said, “The scripts in the final round were a good bunch, and hearing the pitches was particularly interesting as the writer-directors shared their personal experiences, thoughts and aspirations.”

Onir said, “The scripts that came to us were varied and each had great potential” and added, “It’s great that KASHISH has, from screening queer content, has slowly become an important platform that nurtures and produces queer content.”

The winning film My Mother’s Girlfriend is slated to have its world premiere at the next edition of KASHISH Mumbai International Queer Film Festival.