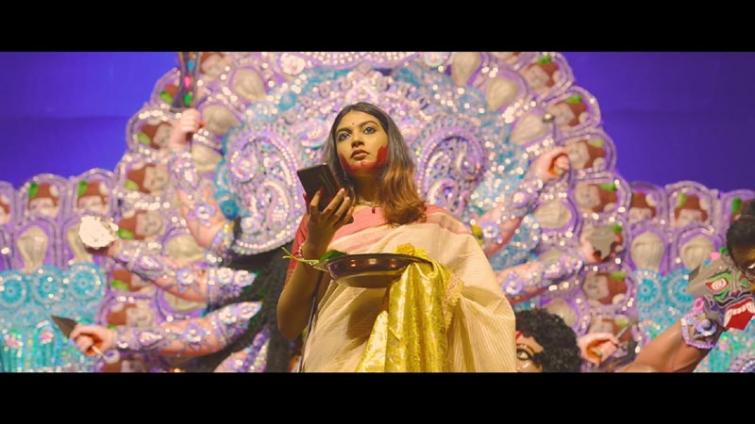 Rishav Ghosh directed Agamani to be released on Addatimes soon

Kolkata/IBNS: Young film director Rishav Ghosh has recently said that his new film Agamani will be releasing soon on the popular OTT (over the top) platform Addatimes.

Agamani was the winner of Addatimes Best Short Film Contest organized by the platform in November 2019.

Agamani has been simultaneously shot in two cities, Kolkata and Delhi, by two separate teams, in the backdrop of Durgapuja and Navaratri festivals, in October 2019.

“It was a race against time, keeping aesthetics intact,” said Ghosh.

The film brings out the different cultures of the two cities, and their distinct characters, said Ghosh.

The story is about a Punjabi girl Gauri, who comes to Kolkata for her internship, while her boyfriend is a Bengali who is based in Delhi.

They have different ways of looking at their cities and the film is about appreciating a city and its culture, breaking free from imposed prejudices about the city.

It has been produced by the students of Amity School of Film and Drama, Noida.

Ghosh's film Synthetic Sati has been nominated for Jaipur International Film Festival and will be releasing on another OTT platform soon.

Another upcoming film by Ghosh, Mirror Mirror, is in the post production stage.