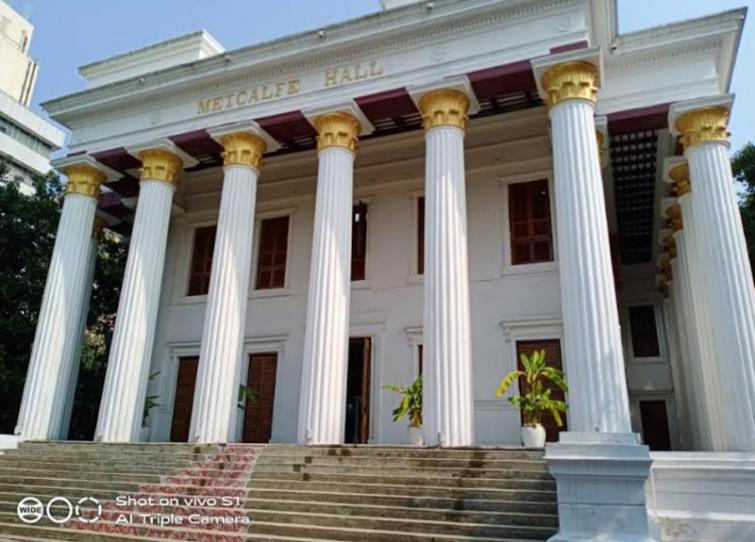 The entire exhibition is entitled  - The Golden Thread of Bengali Cinema - and has been curated by renowned poster archivist SMM Ausaja ( the author of Bollywood in Posters) for National Museum Delhi and Film Heritage Foundation.

The exhibition displays phenomenal and original rare film posters from the collection of Rudrajit Mookherjee and Rohit Mookherjee. The posters include Pather Panchali ( English) , Kabuliwala, Jhinder Bondi, Bariwali among others.

Other display items from various sources include photographs, Artworks, LP jackets. Those who have contributed to the exhibition are Shrikant Dhongade, Rajib Gupta, Bikramjit Gupta, Shounak Chacraverti.

A film poster is an identity card that introduces you to the makers of the film and the subject – the film. Posters are aimed not only as an advertisement and promotion strategy but also to familiarize the viewer with the aesthetic taste of the filmmaker and serve as a tiny trailer for the film. Film posters offer readings that sometimes reach beyond the film.

They throw up the ‘first look’ before a film’s release as teasers to attract the audience. But they also carry stories of ego-fights between and among actors about whose name should be at the top in the credits of the posters. Posters are visual documentation of films that could become a part of the cinema archive of a country. But Indians are completely ignorant about the archival and aesthetic value of a part of our cultural history.

“Any history of Indian cinema will have to begin in Bengal” is how the first poster introducing the exhibition explains itself. The exhibition is filled with posters of Bengali films from days yore to contemporary Bengali cinema.

Earlier, posters were manually painted by artists who made a living out of painting posters. M.F. Hussain began his long and illustrious career as a painter of film posters. Today, posters are designed through computer graphics and designed directly on computers with their sophisticated graphic programmes that is believed to give an edge to the film’s total design and message.

Stars may or may not feature in posters these days. The total design is more important than faces of stars.

The exhibition at the grand Metcalfe Hall will continue till the end of this month.