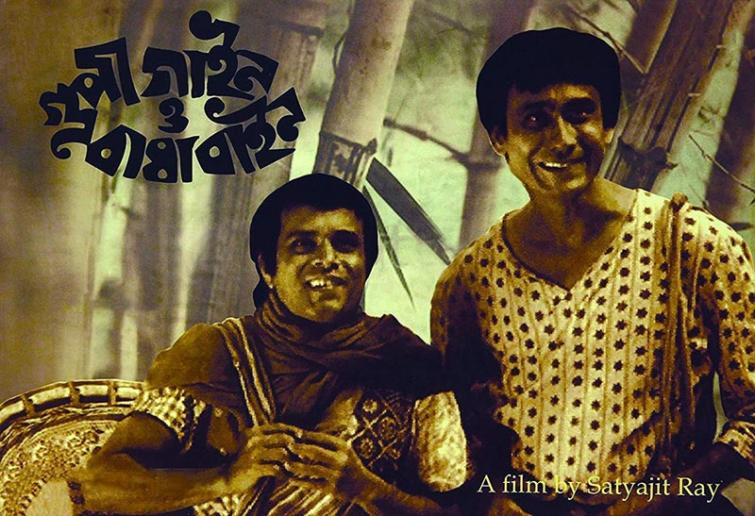 Kolkata/IBNS: Goopy Gyne Bagha Byne was premiered in Kolkata on May 8, 1969. This year marks the 50th year after its release. It may be interpreted as a film addressed largely to children.

All features that define entertainment for children, drawn from conventional features of a fairy tale are prominently used such as magic, kings, castles, princesses, war, kingdoms and even a ghost king and a ghost dance.

But if read differently, Goopy Gyne Bagha Byne can be interpreted as a powerful socio-political statement mainly focussed on hunger, the futility of war, a conflict, the power of music as an agency, as an instrument of social change and as a bridge creating peace between two warring kingdoms besides emphasising on a person’s greed and obsession for power that becomes the homing ground for corruption.

In the rightnsess of tributes,this film has been chosen as the inaugural film at the 25th Kolkata International Film Festival of India.

The film was shot in 1968 on a shoe-string budget of Rs. 6 lakhs. The film is based on the two characters, Goopy and Bagha who first appeared in Sandesh magazine for children in 1915 with illustrations by Ray’s grandfather Upendrakishore Roy Choudhury. The film ran for 51 straight weeks, a record for any Bengali film at the time. 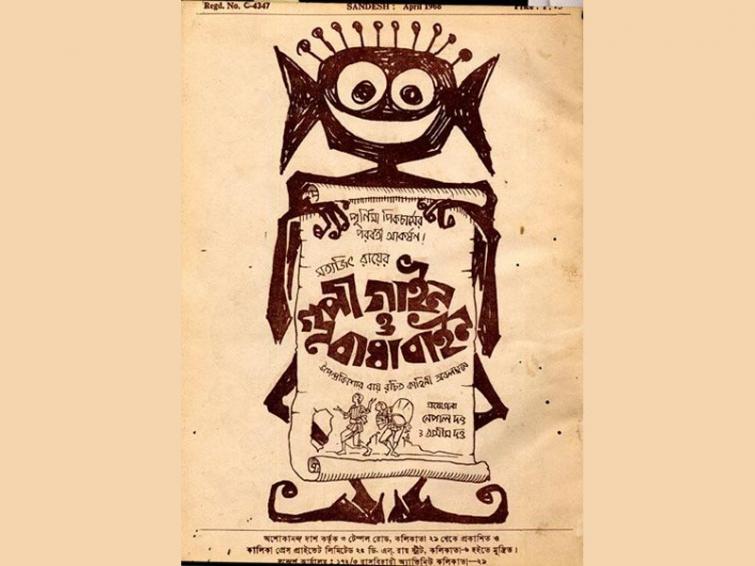 The film marks several firsts for Ray. It was his first and perhaps only fantasy film that uses animation, surrealistic images, shadow play, special effects in the filmography a challenge for Soumendu Roy.

Ray himself wrote the lyrics, the dialogue, the script and the music for the entire film. He gave a big break to classical vocalist Anup Ghoshal who lent voice to all the songs lip-synced by Goopy in the film portrayed by Tapen Chatterjee.

He cast some veteran actors who had almost faded from public memory such as Jahar Roy and Nripati Chatterjee who were famed for their gift of the comic and for character roles.

The film won the Best Feature  and Best Direction   awards at the 16th National Film Awards and went on to win many other international awards as well. The acting cast is marvellous to watch and it is difficult to take your eyes away from the screen. Tapen Chattterjee as Goopy, probably a new find and the established actor Robi Ghosh along with Santosh Dutta in the double role of the twin Kings of Halla and Shundi are unbelievably authentic in their performance without a hint of artifice.

The same extends to Harindranath Chattopadhyay as the magician Borfi, Jahar Roy as the evil Prime Minister and the skinny and hungry Chinmoy Roy as Halla’s messenger.

Soumendu Roy’s magical cinematography, Dulal Dutta’s excellent editing and Bansi Chandragupta’s art direction puts the creamy layers of frosting on an unforgettable cake which you love to keep watching but are afraid to take a bite from.

Through Goopy Gyne Bagha Byne, Satyajit Ray has used fantasy as medium, message, metaphor and much more. Fantasy forms the lingua franca of the film and also the subject from a given point of view. Fantasy also functions as as agency to get several messages across. You cannot place it in any specific genre. It is a musical, a satire, a farce, a fantasy, a children’s film and a powerful political essay depending on how you react to it.