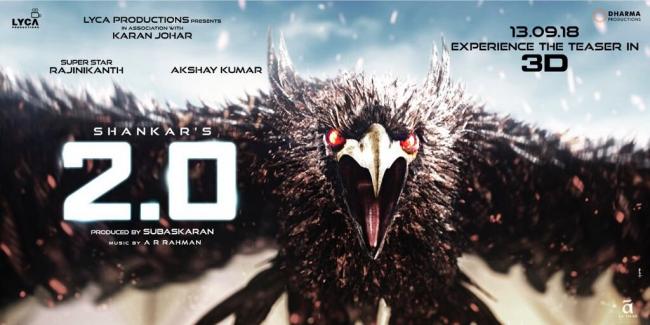 Teaser of Rajinikanth's 2.0 to release next week

Mumbai, Sept 8 (IBNS): Teaser of much-awaited Indian movie 2.0 will be released on Sept 13.