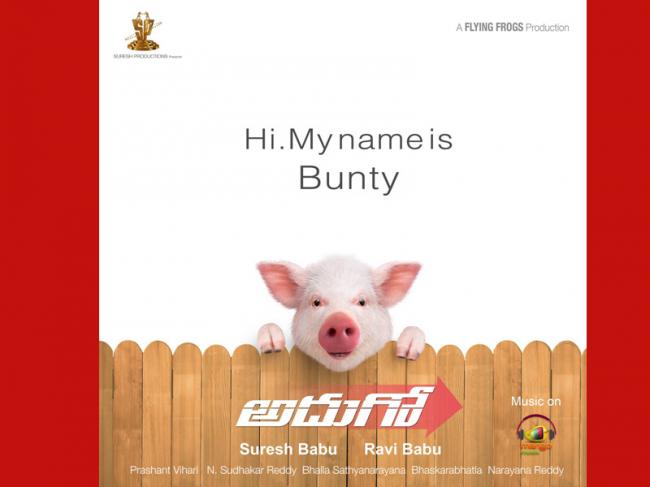 Hyderabad, Sept 1 (IBNS): The first look poster of Telugu movie Adhugo has been released by the filmmakers.

The film has been directed by Ravi Babu.

The movie will be presented by Suresh Productions.