Los Gatos, Jun 23 (IBNS): Video streaming giant Netflix has reportedly axed its head of communications Jonathan Friedland over the use of the N-word during official work.

Following the incident, Netflix's Chief Executive Reed Hastings has apologised to his colleagues.

"His descriptive use of the N-word on at least two occasions at work showed unacceptably low racial awareness and sensitivity," Hastings memo read.

N-word (read Nigger) is considered a derogatory term and a racial slur used for black Americans. 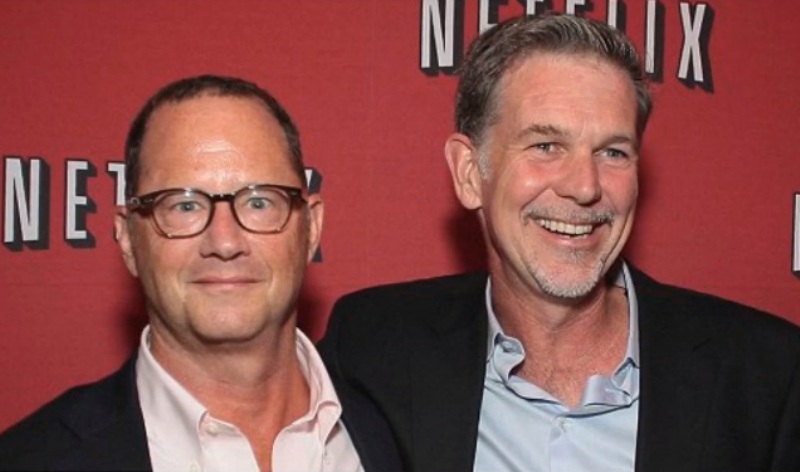 Meanwhile, accepting his mistake, Friedland said in a tweet that he fell short of the standard.

"I’m leaving Netflix after seven years. Leaders have to be beyond reproach in the example we set and unfortunately I fell short of that standard when I was insensitive in speaking to my team about words that offend in comedy," he said.

"I feel awful about the distress this lapse caused to people at a company I love and where I want everyone to feel included and appreciated. I feel honored to have built a brilliant and diverse global team and to have been part of our collective adventure," Friedland added.

Here's the full memo of Hastings

I’ve made a decision to let go of Jonathan Friedland.  Jonathan contributed greatly in many areas, but his descriptive use of the N-word on at least two occasions at work showed unacceptably low racial awareness and sensitivity, and is not in line with our values as a company.

The first incident was several months ago in a PR meeting about sensitive words.  Several people afterwards told him how inappropriate and hurtful his use of the N-word was, and Jonathan apologised to those that had been in the meeting.  We hoped this was an awful anomaly never to be repeated.

Three months later he spoke to a meeting of our Black Employees @ Netflix group and did not bring it up, which was understood by many in the meeting to mean he didn’t care and didn’t accept accountability for his words.

The second incident, which I only heard about this week, was a few days after the first incident; this time Jonathan said the N-word again to two of our Black employees in HR who were trying to help him deal with the original offense.  The second incident confirmed a deep lack of understanding, and convinced me to let Jonathan go now.

As I reflect on this, at this first incident, I should have done more to use it as a learning moment for everyone at Netflix about how painful and ugly that word is, and that it should not be used. I realize that my privilege has made me intellectualize or otherwise minimize race issues like this. I need to set a better example by learning and listening more so I can be the leader we need.

Depending on where you live or grew up in the world, understanding and sensitivities around the history and use of the N-word can vary. Debate on the use of the word is active around the world (example) as the use of it in popular media like music and film have created some confusion as to whether or not there is ever a time when the use of the N-word is acceptable. For non-Black people, the word should not be spoken as there is almost no context in which it is appropriate or constructive (even when singing a song or reading a script). There is not a way to neutralize the emotion and history behind the word in any context. The use of the phrase “N-word” was created as a euphemism, and the norm, with the intention of providing an acceptable replacement and moving people away from using the specific word. When a person violates this norm, it creates resentment, intense frustration, and great offense for many.  Our show Dear White People covers some of this ground.

Going forward, we are going to find ways to educate and help our employees broadly understand the many difficult ways that race, nationality, gender identity and privilege play out in society and our organization. We seek to be great at inclusion, across many dimensions, and these incidents show we are uneven at best. We have already started to engage outside experts to help us learn faster.

Jonathan has been a great contributor and he built a diverse global team creating awareness for Netflix, strengthening our reputation around the world, and helping make us into the successful company we are today. Many of us have worked closely with Jonathan for a long time, and have mixed emotions. Unfortunately, his lack of judgment in this area was too big for him to remain.  We care deeply about our employees feeling safe and supported at Netflix.

Much of this information will be in the press shortly.  But any detail not in the press is confidential to employees.