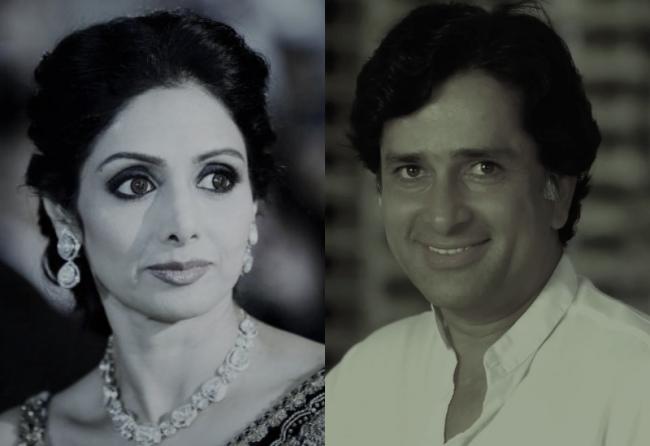 Shashi Kapoor, Sridevi figure in the Oscars In Memorium section

Sridevi, who died in Dubai recently, was mourned by her fans and fraternity members across the globe.

The actress left a strong impression in the minds of Indian cinegoers with her films like Mr India, Sadma, Chandni, English Vinglish and Mom, had gone to Dubai to attend a wedding ceremony where her end came leaving her admirers in India shocked and heart broken.

Sridevi was born as Shree Amma Yanger Ayyapan  in her father's hometown Sivakasi in Tamil Nadu (then Madras state) on 13 August 1963 to Tamil father Ayyapan and Telugu mother Rajeswari. Her mother was from Tirupati, Andhra Pradesh. Her father was a lawyer. She has a sister and two stepbrothers.

She started acting when she was only four with the  1969 Tamil film Thunaivan. A year after Julie, in the Tamil film Moondru Mudichu in 1976 she was the lead actress sharing screen space with Rajinikanth in a film that also starred Kamal Hassan in an extended guest role. Sridevi was equally powerful opposite Kamal Hassan in the Hindi film Sadma in 1983 playing a mentally disbalanced girl who had lost her memory.

But top Bollywood films after her hit pairing with Jeetendra included Yash Chopra's Chandni in 1989 where she was paired opposite Rishi Kapoor and Vinod Khanna.The same year her comic timing was again in full bloom in the film ChaalBaaz and though it was a remake of 1973 Hema Malini starrer Seeta Aur Geeta, Sridevi brought a new life to her characters (double role) in the film.

Lamhe in 1991 directed again by Yash Chopra was hugely popular where she acted opposite Anil Kapoor.  Playing the role of a young woman in love with an elderly man, the film also fetched her a Filmfare award.

Shashi Kappor, often regarded as Bollywood's handsomest hero with an offbeat streak, passed away in 2017 at the age of 79.

Kapoor, who hails from the alpha family of Indian cinema, was a second generation actor.

He was as much a quintessential Bollywood hero as the one who forged an international connection with several Merchant-Ivory Productions collaborating with screenplay writer Ruth Prawer Jhabvala, producer Ismail Merchant and director James Ivory, thus taking Bollywood beyond the shores to the highest platforms of world cinema and in the festival circuits.

Kapoor was well-known for his partnership with Amitabh Bachchan as the duo had worked in numerous hit films and was considered as a successful twin hero pairing of the age. Often they played siblings.

The popular dialogue-'mere paas ma hai'- which was mouthed by Shashi in Deewar addressing Amitabh Bachchan is still an all time favourite. The dialogue is considered as one of the most iconic pieces in the history of commercial Indian cinema.

His romantic paring with many Bollywood heroines led to several super hit films.

He was born as Balbir Raj Kapoor and was the youngest son of Prithviraj Kapoor and the younger brother of iconic superstars Raj Kapoor and Shammi Kapoor. His wife Jennifer Kendal (sister of actress Felicity Kendal) had died in 1984. They had three children- Karan Kapoor, Kunal Kapoor, and Sanjana Kapoor.

He was conferred  the Padmabhushan by the Indian government in 2011 but the crowning glory was just few years away. In 2015, he was awarded the 2014 Dadasaheb Phalke Award, making him the third member of his family to receive the highest award in Indian Cinema after Prithviraj Kapoor and Raj Kapoor.