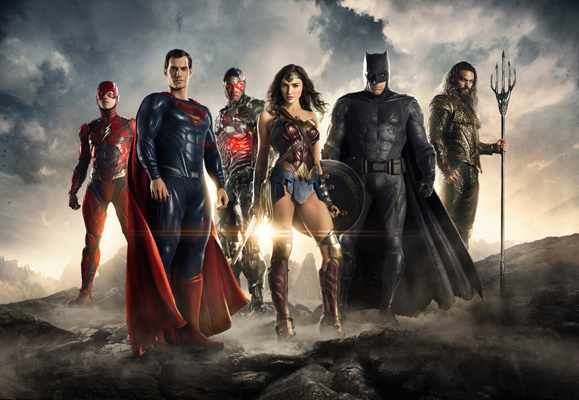 â€˜Justice Leagueâ€™ all set to storm into action in India on Nov 17 by Warner Bros. Pictures

After fighting side-by-side across decades of comics, these iconic DC characters come together to save the world in their first-ever big-screen team-up.

Speaking about the League coming together Gal Gadot aka Wonder Woman said, “I just hope that audiences will enjoy the movie, and also hope they enjoy the dynamic of the League working together. It’s just a wonderful group of actors, and they all bring their own unique qualities to their characters.  So, I hope the audience feels like they’re part of the team and will come along for the ride.”

The fifth installment in the DC Extended Universe ‘Justice League’ is based on Batman and Wonder Woman working together quickly to find and recruit a team of metahumans to stand against this newly awakened threat.  But despite the formation of this unprecedented league of heroes; Batman, Wonder Woman, Aquaman, Cyborg and The Flash, it may already be too late to save the planet from an assault of catastrophic proportions.

The Justice League screenplay is by Chris Terrioand Joss Whedon, story by Chris Terrio & Zack Snyder, based on characters from DC, Superman created by Jerry Siegel and Joe Shuster.

The film is set for release in 3D and 2D and IMAX on Nov 17, in India by Warner Bros. Pictures.