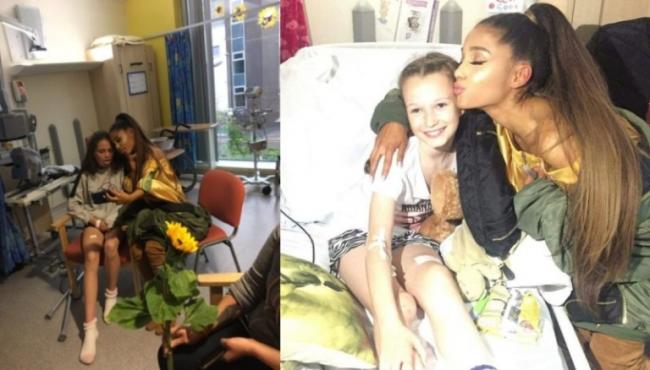 The attack on May 22 by suicide bomber Salman Abedi killed at least 22 people and injured several others, after the conclusion of one of Grande's pop concert at the Manchester Arena.

Grande, who's set to perform in the One Love Manchester concert at Old Trafford cricket ground, as part of a tribute to the victims, arrived in the UK on Friday.

Meanwhile, following Grande's visit, parents of one of the victim, wrote to her.

"This means more to us than all the amazing things people have done this week. So happy she came I could burst. Never seen Jaden so happy; even cried again myself," a victim's father wrote.

Following the Manchester Attack, police have made a series of arrests.

Though law enforcers have released six people free of charge, ten men, aged between 18 and 44, still remain in jail for alleged connection with the blast.