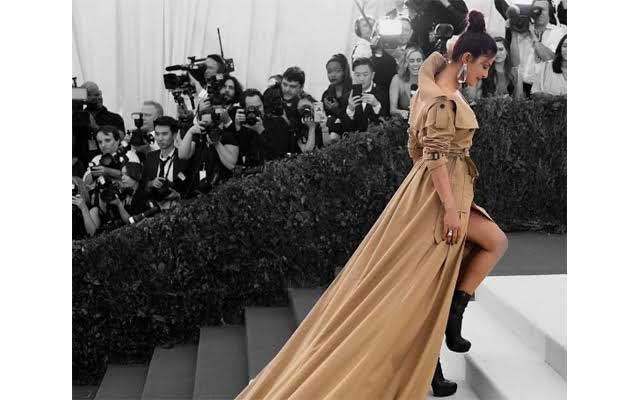 In the annual fundraising event, Priyanka appeared by wearing an evening gown.

The gown was inspired by Ralph Lauren's iconic trench coat.

Posting her picture from the event, Priyanka captioned it: "Cause it's yours to walk... ðŸ™ðŸ¼ @ralphlauren #metgala2017."

In India, however, social media users did not seem to  be kind about actress and several  funny memes started trending over the internet.

Twitter user Naomi Datta said: " For all the times, your dupatta has barely touched the floor & mothers have screamed in hysteria 'Zameen pe lag raha hain'. This."

Another person, known in Twitter as Zoomle, said: "Priyanka Chopra is probably the most fashionable lady constable in Mumbai Police...take a bow girl."

In a funny post, Twitter user Pranav posted: "This is the 3rd time I'm removing malai from my chai and it's getting out of hand now."

This is the 3rd time I'm removing malai from my chai and it's getting out of hand now. pic.twitter.com/kdeVf151Fj