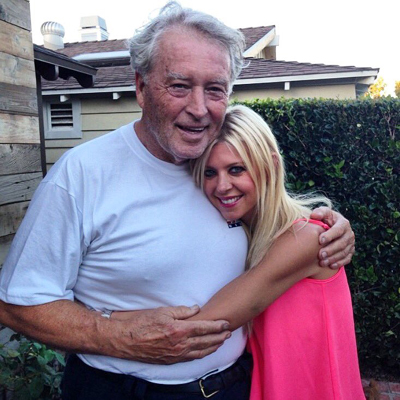 The actress posted a picture with her father on her Twitter page where she is seen embracing her Thomas Reid.

"Just received news that my father, Thomas Reid, passed away. He was my heart, soul, and my entire world. I love u & will miss you so much ," the actress tweeted.