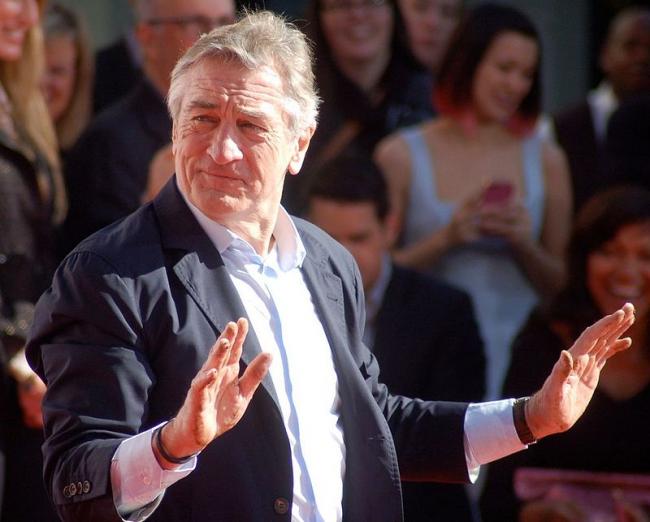 The annual event will be attended by a host of notable guests and presenters and will include movie and interview clips, culminating in the presentation of the Chaplin Award.

The evening will celebrate all the facets of De Niro’s remarkable forty-plus-year career in cinema, including his amazing array of performances, which have resulted in some of the most memorable characters committed to film; his status as an unparalleled figure of New York film and culture; and his championing of independent film through the Tribeca Film Festival and Tribeca Film Institute.


“We are thrilled to have the opportunity to honor the artistry of Robert De Niro, a hometown icon,” said Ann Tenenbaum, the Film Society of Lincoln Center’s Board Chairman. “His portrayal of New York characters has helped define this city for the entire world.”

“De Niro has long been such a legendary presence that one can overlook the remarkably fine-tuned craft and quality he has brought to his roles over his multi-decade career,” said Lesli Klainberg, the Executive Director of the Film Society of Lincoln Center. “If you watch his performances, from Mean Streets and The Godfather Part II to Raging Bull and Awakeningsand on to his more recent work in such films as Silver Linings Playbook, you see a dramatic range and unwavering commitment to his work.”

Robert De Niro’s prolific motion picture career was launched in 1968 with Brian De Palma’sGreetings. In 1974, he won the New York Film Critics Circle Award for Best Supporting Actor in recognition of his critically acclaimed performance in Bang the Drum Slowly and from the National Society of Film Critics for Martin Scorsese’s Mean Streets.

In 1975, De Niro won the Academy Award for Best Supporting Actor for his portrayal of the young Vito Corleone in The Godfather Part II. In 1980, he won his second Oscar, as Best Actor, for his extraordinary portrayal of Jake La Motta in Scorsese’s Raging Bull.

De Niro has earned Academy Award nominations for his work in five additional films: as Travis Bickle in Scorsese’s acclaimed Taxi Driver, as a Vietnam vet in Michael Cimino’s The Deer Hunter, as a catatonic patient brought to life in Penny Marshall’s Awakenings, as an ex-con looking for revenge in Scorsese’s Cape Fear, and as the father of a bipolar son in David O. Russell’s Silver Linings Playbook.

In 2009, De Niro was named by the coveted Kennedy Center Honors for his distinguished acting career.