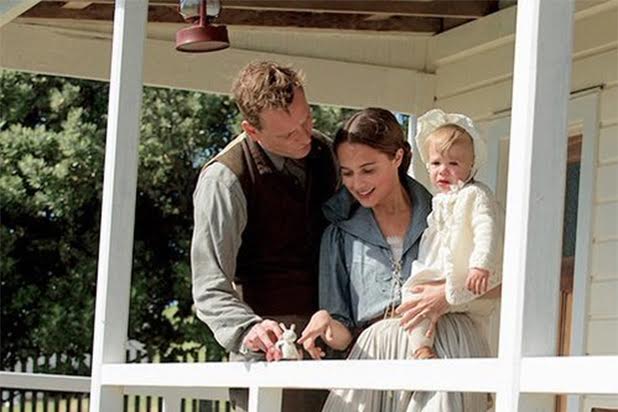 â€˜The Light Between Oceansâ€™ is all about love, affection and bond between child and parents

Michael plays a war returned soldier in the movie, & Alicia Vikander plays his onscreen wife, together they live happily at an isolated light house.


One day all of a sudden, a life boat washes up ashore and in the boat is a dead man and a baby girl, together Michael and Alicia raise the baby girl, & after some time they return to the mainland, where the tragedy starts as the girls real mother steps in the plot.


The film is a tale of the emotional bond between a child and parents, the movie will surely make you think about your parents and their love which they had showered on you.


Alicia Vikander has a given a terrific performance as childless mother, & on the other hand Oscar nominated Michael Fassbender delivers a power packed performance too. The performance of Rachel Weisz has also been appreciated.


They both have a good chemistry onscreen & their enactment as a parent to a child which is not begotten by them is flawless.


The Light Between Oceans is a movie which showcases all shades of human feeling like love, melancholy, parental love, moral dilemma etc.

The Light between Oceans had its world premiere at the 73rd Venice International Film Festival on Sept 1, where it competed for the Golden Lion.

The film is helmed by Derek Cianfrance of Blue Valentine fame, & is produced by Dreamwork pictures and Reliance Entertainment.


The film is all set to take you through ride of different shades of human emotions on Sept 16.