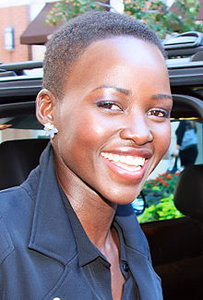 ‘Americanah' is an adaptation of Nigerian author Chimamanda Ngozi Adichie's acclaimed novel of the same name.

"Nyong’o will star and produce, while Brad Pitt’s Plan B - the company that was behind the Oscar-winning slave drama - will make the film," Contactmusic.com reported.

A statement released by Nyong'o, as quoted by the website, reads: "It is such an honor to have the opportunity to bring Ms. Adichie's brilliant book to the screen. Page after page, I was struck by (lead characters) Ifemelu and Obinze's stories, whose experiences as African immigrants are so specific and also so imminently relatable. It is a thrilling challenge to tell a truly international story so full of love, humor and heart."