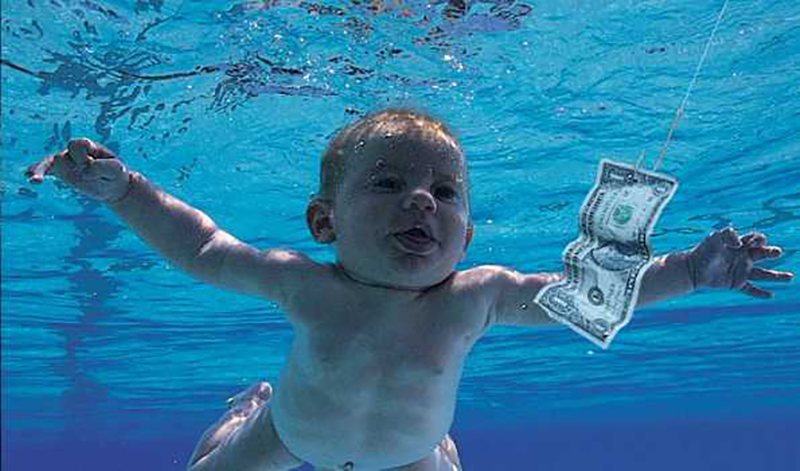 Los Angeles: A US judge has dismissed a man's latest lawsuit against Nirvana over the band's iconic 1991 album cover which showed him naked as a baby.

Spencer Elden, 31, said his appearance on the front of the Nevermind record constituted child sexual abuse. The judge ruled it was "too late to claim he had been exploited", the BBC reported.

Elden's legal avenues are now all but exhausted as he cannot re-file the case, although his legal team told US media he would appeal the ruling.

The lawsuit focused on a photograph of Elden, which depicted him swimming naked in a pool towards a dollar bill pierced with a fish hook.

Elden, who was seeking $150,000 in damages, argued that he had been unable to consent to the picture being used.

Elden filed his case in 2021, arguing that he was still within his rights to complain about the decades-old image because it had continued to cause him distress and lost earnings into adulthood.

The lawsuit was dismissed and then re-filed in January.

The Los Angeles judge ruled on Friday that Elden lodged his case well beyond the 10-year statute of limitations.

Welcoming the verdict, a defence lawyer said the case had been "meritless". The defence had argued that Elden had enjoyed being the "Nirvana baby", noting that he had re-enacted the photograph in later life.

Elden's parents were paid $200 for the photo in 1991 by what was then a relatively unknown band.

Worldwide sales of "Nevermind" went on to surpass 30 million, making it one of the best-selling albums of all time.