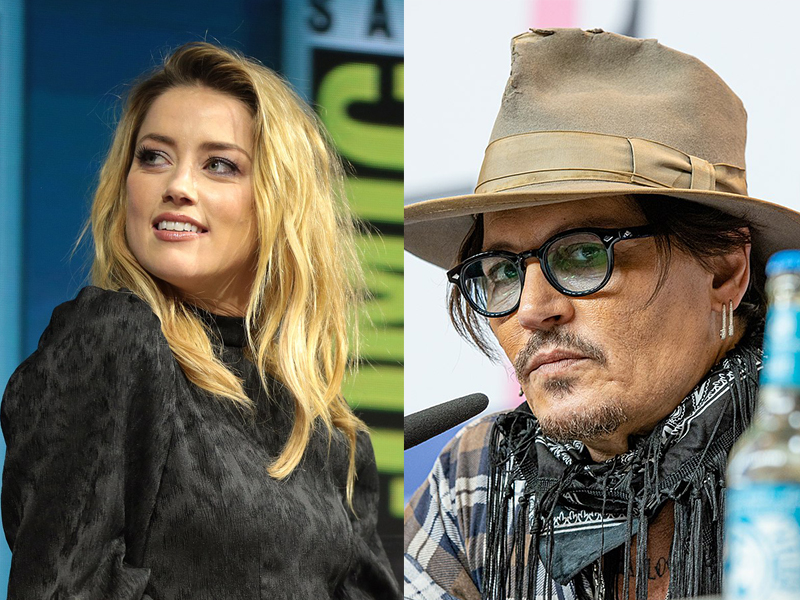 On Johnny Depp-Amber Heard trial, Elon Musk who dated the actress hopes they move on

A day after a seven-member jury began deliberations in the high-profile defamation case between Hollywood actors Johnny Depp and his former spouse Amber Heard, tech-billionaire Elon Musk called both of them "incredible" and hoped that they would move on.

Musk, who had reportedly dated Heard while she wasn't formally separated from Depp, tweeted, "I hope they both move on. At their best, they are each incredible.

"I hope they both move on. At their best, they are each incredible."

I hope they both move on. At their best, they are each incredible.

Musk's comment comes after Johnny Depp was Wednesday confronted in the court with a message he had sent to his former talent agent Christian Carinno in which he had spoken about the alleged affair between Heard and the Tesla CEO.

"Come see me face to face...I'll show him things he's never seen before..." the actor said in the text message which was read before the jurors in court on Wednesday.

Heard has repeatedly accused Depp of domestic violence and obtained a restraining order against him in 2018. She was married to the Pirates of the Caribbean actor from 2015 to 2017.

Depp, 56, brought a defamation suit claiming $50 million in damages from Heard over a 2018 op-ed in a newspaper in which she describes herself as "a public figure representing domestic abuse".

He said the legal suit was necessary because he needed to address "what I've been carrying on my back, reluctantly, for six years."

Thirty-six-year-old Heard brought a countersuit against Depp seeking $100 million, claiming that she suffered "rampant physical abuse" at his hands.

On Friday, the lawyers of both sides made their closing remarks after six weeks of hearing by the jury.

Through the six weeks of hearing, the two actors have made blistering accusations against each other of domestic violence.

Lawyers of both sides have claimed damages to their clients.

After deliberating for more than two hours on Friday, the jury decided to resume discussions on the case on Tuesday.