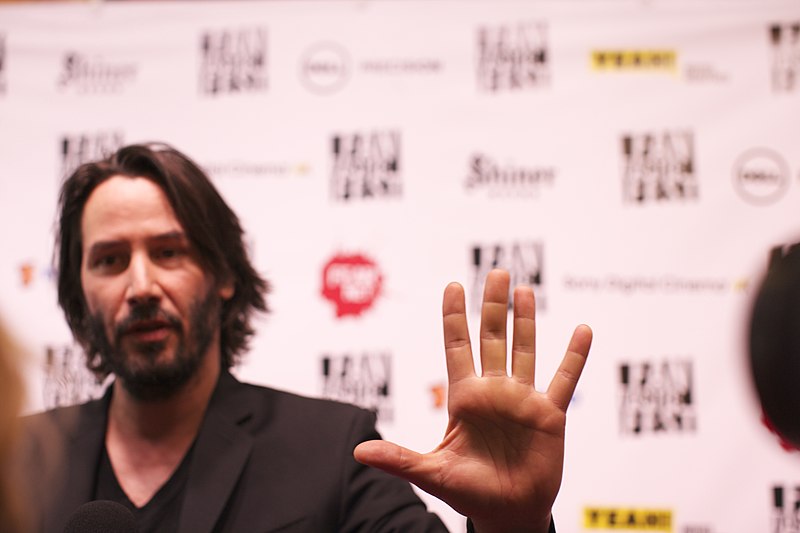 Beijing: Chinese streaming platforms including Tencent Video and iQiyi removed movies of Hollywood actor Keanu Reeves after he participated in a Tibet-related concert.

In the wake of his show of support for Tibet earlier this month, the “John Wick” and “Matrix” star has fallen afoul of the country’s strict censorship regime, placing his future career in the world’s largest film market in jeopardy, reports Los Angeles Times.

In January, reports broke that Reeves would participate in a March 3 benefit concert for Tibet House, a New York-based nonprofit affiliated with the exiled spiritual leader, the Dalai Lama, the newspaper reported.

The development came at a time when the actor's latest movie  “The Matrix: Resurrections” became the first blockbuster to hit Chinese theaters in several months.

“Sorry, no results related to ‘Keanu Reeves’ were found,” the platform iQiyi now states as quoted by Los Angeles Times, adding: “Due to relevant laws, regulations and policies, some results are not shown.”

Deleted films include “The Matrix” trilogy, “Speed,” “Bill & Ted’s Excellent Adventure,” and romances including “Something’s Gotta Give” and “The Lake House.”

“It’s a curious case that’s worth following. We tend to think of the censorship machine in China as this really coordinated monster, but the fact that we’re seeing these conflicting signals [between the online and theatrical markets] suggests that some of these measures come from different places,” Alex Yu, a researcher at China Digital Times, a U.S.-based news organization that translates and archives content censored in China, told Los Angeles Times.